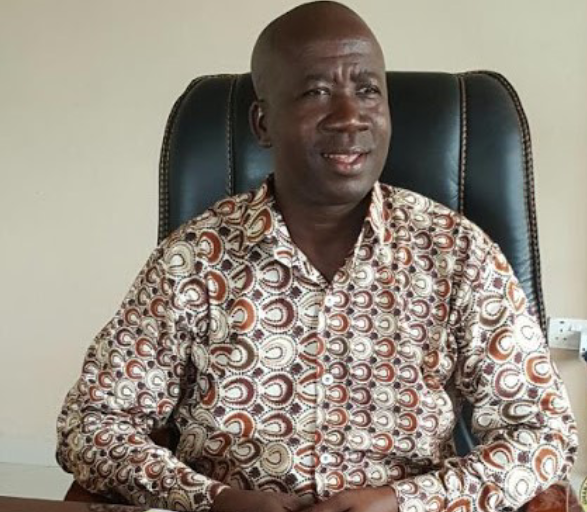 The District Chief Executive for Busome Freho in the Ashanti region, Hon. Yaw Danso, has denied allegations of his involvement in illegal mining (galamsey) in his district.

Ahead of the announcement of the list for the next badge of District Chief Executives to administer the affairs of the 216 District Assemblies in the country in the second term of the President, rumors are rife that the DCE for Busome Freho, is neck deep into the illegal mining activities which are still ongoing in that district.

To his defense, he has rather accused his detractors of framing him up just to score political points and to tarnish his image ahead of the President’s nomination of DCEs in the second term of his administration.

He indicated that his own party secretary in the district who has expressed interest in becoming the next DCE, is one of the people behind the unfounded allegations that he has galamsey sites litered all over the district with four excavators working for him on a daily basis without providing any shred of evidence to back this claim.

“How can I be involved in galamsey, when I am the same person risking my life to chase these people on the various sites as well as burn their equipment? How can I be doing this when the President I represent, has instituted ‘Operation Halt’ through the Ministry of Lands and Natural Resources?” He quizzed in an interview with africanewsradio.com.

Justling among party aparachickes and political entrepreneurs to be favored intensified and the tendency for these competitors to out do each other to catch the eye of the President who is the appointing authority for a representation of the state at the Local Governance level in the country has gotten to its peak in the governing party, the New Patriotic Party (NPP).

Hon. Yaw Danso was the District Chief Exexutive for the first four years of President Akufo Addo led administration from the year 2017 till date. He has expressed interest to retain his position for the next four year term. He is however facing a fears opposition from several members from his own party in the district.

According to him, the quest by his detractors to oust him as the DCE is what is fueling the allegations of his involvement in galamsey. He says he is taking legal action against his acussers.

The Busome Freho DCE has thrown an open invitation to the ‘Operation Halt’ team and the media to visit his district to conduct their own investigations. He has also served notice that he is ready to resign if the media and any investigative team are able to prove his involvement in the illegal mining currently ongoing in the district.

“I am calling on the soldiers involved in the operation halt activities to come and help my efforts to deal with the recalcitrant illegal miners. I am also throwing a challenge to the media in this country to visit my district to do their own investigations. I am ready to resign if they find any evidence of my involvement,” he said.

A working visit to the Busome Freho District by some of the Executives of the Climate Communication and Local Governance Africa group, revealed that some people were still engaging themselves in the illegal venture despite the ban issued by the President through the Minister for Lands and Natural Resources.