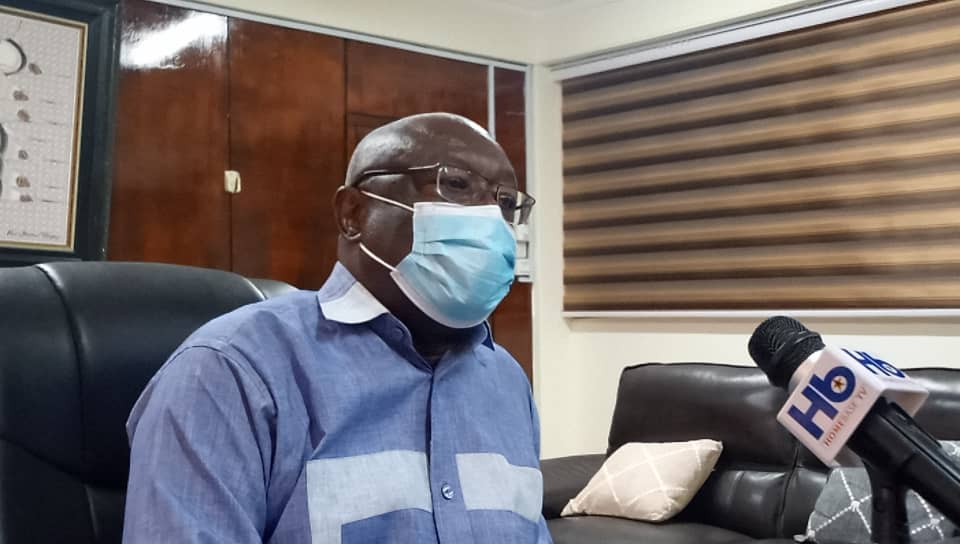 The Minister for Environment, Science, Technology and Innovation (MESTI), Dr. Kwaku Afriyie, has bemoaned the fact that many people are living in self-denial as far as issues about Climate Change are concerned.

He said, because the manifestation of the effects of the Climate Change is often gradual, people tend to take it for granted. However, according to him, Climate Change is real and the earlier the people embraced that fact and worked together with all stakeholders to mitigate its effects on the society, the better it would be for all.

“You will notice that some people are living in self-denial when you talk about Climate Change. But because it expresses itself, so to speak in a stop gap measure, you might not appreciate it,” he observed while he alluded to the change in the weather conditions in the country, especially this year as evidence of the effects of Climate Change.

“I just came from the forestry area in the Western Region, and it looks like this year for example; we have a climate or if you like, a seasonal inversion. Right in the middle of the dry season, we have so much rain. Especially in the month of March.

“March ordinarily should have been at the apex of the dry season. As you know, I am in the cocoa sector. A lot of the things that happen in the cocoa sector have changed. The flowering season; the time when we should be doing pruning and others have all changed. All being due to climate change,” the new Minister told the Media group in Climate Change and Local Governance Africa (CCLG-Africa) when they called on him at his office in Accra.

CCLG-Africa is made up of media practitioners and communicators committed to Climate Action advocacy and the dissemination of policy information on the mitigation measures against the effects of Climate Change and general environmental issues in the context of local governance.

The group which was led by its President, Kofi Don Agor and the General Secretary, Clement Akoloh, called on the Minister to welcome him into office and to formerly introduce the group to him to assure his outfit of its readiness for partnership in the fight against Climate Change.

The President of CCLG said in his remarks that, “Our presence here indicates that we are here to collaborate or you collaborate with us as media practitioners so that we can disseminate information to our people at the local level. What we have identified is that, most of the time we talk about Climate matters with big words.

“But our people at the local level do not understand these big words. So, we have taken it upon ourselves to go down to the grassroots to let our people understand it much more because we have the pen; we have the microphone; we have the cameras and the TV, and we think that we can do this work effectively.”

Dr. Kwaku Afriyie on his part said, “Talking about the harmonization of actions in climate mitigation and addressing climate issues, the operational word should be collaboration and then synergy. Because, if we don’t work in tandem, our efforts would be very feeble. We may even have what we call perverse outcomes.

“You as journalists, I appreciate that we have to work as partners. So, if we initiate policy, the policy should translate into programmes and into projects and it should go down to the general polity. And that is why you guys come in. I dare say without meaning to be derogatory, you are the conveyor belts of this thing. So, I welcome you into this Ministry and I believe that you could be of use to MESTI.”