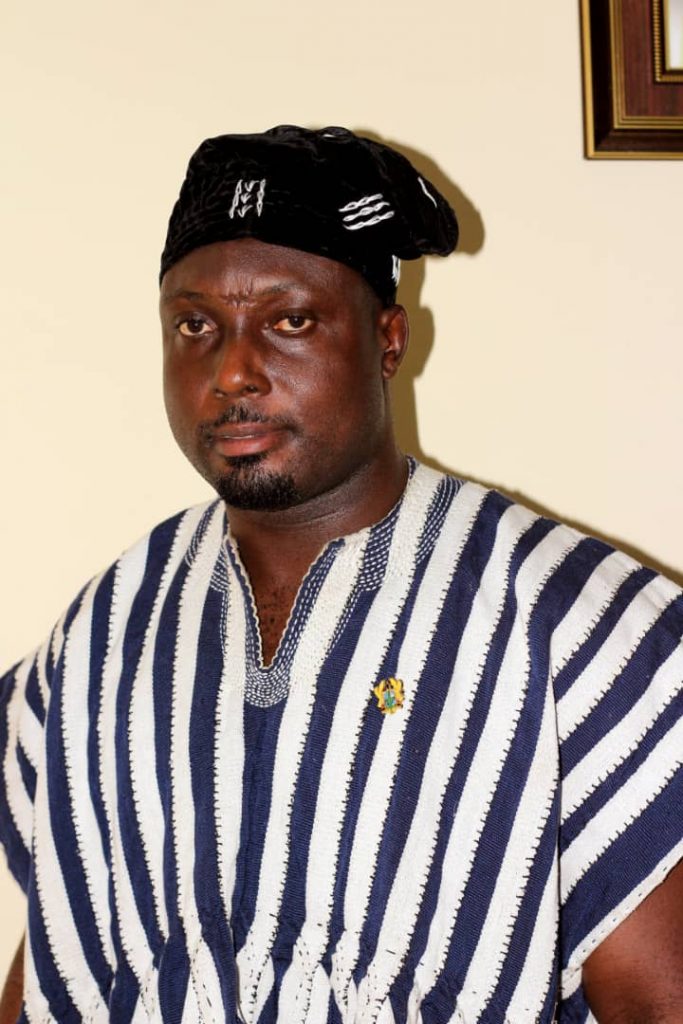 They have cited incompetence and lack of respect for Assembly Members among other reasons.

Bellow is the full statement.

We, bring you greetings from the troubled waters of the Nzema East Municipal Assembly.

As elected assembly members, we place the development of the municipality as our priority and will not be in any position to sacrifice the trust the good people of Nzema East have entrusted in us for an incompetent MCE who will further derail the already under developed municipal.

Ladies and gentlemen, despite the great zeal and support from the paramount chiefs and  citizens of NEMA towards the development of our municipality, the MCE in the person of Frank Okpenyen has demonstrated well enough to the assembly members and the general populace that, he is incompetent to continue representing the president. Frank Okpenyen is grossly incapacitated to forward march the progress and development of NEMA, hence does not deserve to be re-nominated by his Excellency the President of the Republic of Ghana, with reasons outlined below;

1.      Lack of Respect for all: Hon Frank Okpenyen has demonstrated the most disrespectful dispensation of leadership by any MCE ever in the history of our municipality. He for example, refused to select any government nominee from the Ajomoro, Gwira, Nsein and Upper Axim Traditional Councils as has been the practice in the past because he had issues with the  paramount chiefs. It will be recalled that his action prompted the Awulemo to write a letter to the Regional Minister for redress. However, Hon Frank Okpenyen remained in-situ.

It will be good for Mr. President, to know that Hon Frank Okpenyen is not in the good books of the four Traditional authorities mentioned earlier. Just three weeks ago on 8th May 2021, he refused to honor an official invitation by Nana Ette Agrade of Gwira Banso for the Sod Cutting ceremony of his new ultramodern palace, a programme which the Minister for Chieftancy and Religious affairs, together with the MP travelled all the way from Accra to attend. Hon Frank Okpenyen has also throughout his tenure showed gross disrespect towards the assembly members and had issues with any assembly member who tried to enquire for clarity of activities of assembly.

2.      LACK OF TRANSPARENCY AND CONSULTATION: Ladies and gentlemen, it is an established fact that, lack of transparency breeds corruption and that is the exact situation we experienced under his leadership. He only took decisions with the former MP Hon Catherine Afeku without consulting majority of the assembly members who are the major stakeholders. This notwithstanding, led to the abysmal performance of the assembly in all aspects. The unfortunate part of it is that, the use of the assembly common fund is not transparent as the disbursement is only known by the MCE and the former MP. We can categorically say assembly members have not been involved in the statutory management of the district assembly common fund for the last four years.

3.      POOR PERFORMANCE ON THE MMDA RANKING:
Ladies and gentlemen, it is sad and we say this with pain, that under the leadership of Hon Frank Okpenye, our dear municipal was placed on 215th position out of 216 districts by the Local Government Services, in its performance and evaluation report on MMDAs. This claim is evident on page xiii of the Local Government Service’s 2018 Annual Performance Evaluation Report of Metropolitan, Municipal and District Assemblies which was published in 2019. This poor performance is nothing but a dent on the image of the assembly members and by extension the whole of the municipality especially, as our sister districts i.e Ellembelle and Jomoro excelled by being part of first 100 MMDAs. We believe his continue stay in office would deepen our woes by further pushing us to the bottom of the MMDAs assessment ranking in the future which we, the assembly members wouldn’t want to be part of this shame.

4.      LACKADAISICAL ATTITUDE TOWARDS THE FIGHT AGAINST ILLEGAL MINING (GALAMSEY): Ladies and Gentlemen of the press, as the nation is being bedeviled with activities of illegal mining hence the president’s commitment to fighting it head on, Our MCE who doubles as the head of Municipal Security chairman has shown little or no interest in clamping down on these activities destroying our water bodies and environment which sustain the lives of the good people of Nzema East. As we speak, we still have people mining on the Ankobra river with impunity and the MCE sees no urgency in nipping this canker of galamsey in the bud. We find his continuous stay in office as a promotion and endorsement of galamsey which undoubtedly, is a threat to the lives of the good people of Nzema East.

5.      PREMIX FUEL MESS: The siphoning and diversion of premix funds meant for the community. Hon Frank Okpenyen for his four years as MCE has never accounted to the good people of the premix communities on their share of the premix allocations as was the case during the previous administration where projects such as the Apowsika Community Clinic, Brawire Landing Beach Shed, Upper Axim Canopies and plastic chairs are still visible for account purposes. It is believed the hundreds of thousands of Ghana Cedis  meant for communal projects has ended up in private pockets and sparked some lavish lifestyles and a big rush for properties among himself and people close to him.

6.      ABUSE OF POWER: Hon Frank Okpenyen is characterized with the abuse of power with his constant call for the arrest of people as a tool of intimidation and act that has led to an atmosphere of tension in the municipality.

7.      NOT UP TO THE TASK: Hon Frank Okpenyen has from day one of his assumption of office not been able to man the high office in the manner which ought to be. The various committees and local councils at the assembly level are still dysfunctional because members have not been allocated funds for full operation of the assembly, rendering the once vibrant Municipal Assembly ineffective and currently in a state of coma.

There are many more issues but time wouldn’t permit us but with the aforementioned reasons, we will plead and appeal to the President of the Republic of Ghana His Excellency Nana Addo to reject the re-nomination of Hon Frank Okpenye as the next MCE for NEMA because he isn’t fit to continue to hold that reputable office and we would want to respectively, tell his Excellency the President that in the unlikely event, if he is re-nominated, we the concerned assembly members would use the powers vested in us to reject him because we wouldn’t want to be part of an endorsement of a failure.
Thank you and God bless our homeland Ghana, God bless Nzema East Municipality!