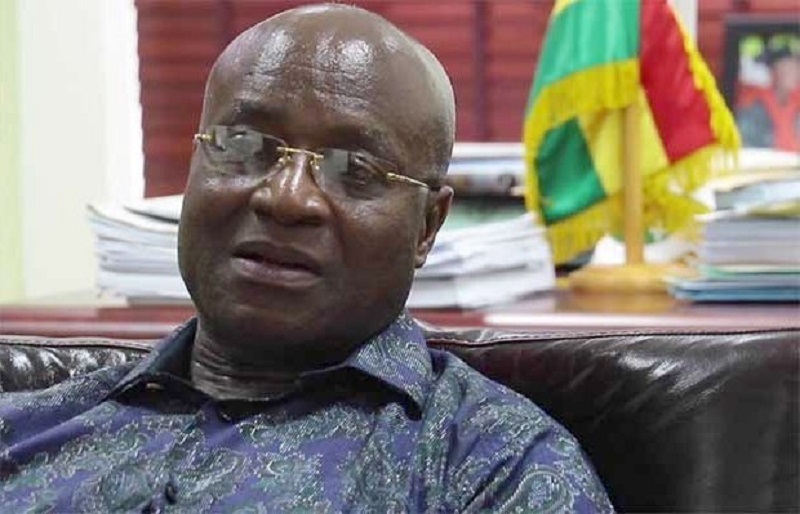 Election 2020: National Election Taskforce Urged to Enforce the Law without Fear or Favor

The Minister of Parliamentary Affairs and Leader of Government Business in Parliament, Osei Kyei-
Mensah-Bonsu, has urged the National Election Taskforce which has been established to provide
security for the impending elections and beyond, to be swift in the enforcement of its mandate during
this crucial period of elections; while advising people associated with political parties to steer clear off
criminal acts which could bring them into confrontations with the security services.
The Suame Lawmaker urged the National Election Security Agency, established under the supervision of
the Ghana Police, to strictly enforce the law without fear or favour against any individual, group or
organization which would seek to disturb the peace of the country or seek to subvert the will of the
people before, during or after the upcoming Presidential and General Elections in December this year.
“It is important to state that no election can take place in a situation of insecurity, lawlessness,
terrorization and violence. This therefore calls for a stronger and a well-structured security architecture
for the country’s electoral process. For an election to be credible and for the outcome to be acceptable
to the contesting parties, there is the need for well structuring the security arrangements before, during
and immediately after the elections.”
The Minister made the comment at a stakeholder engagement involving the the country’s security
services and political parties on election security, which was organized by the Ministry of Parliamentary
Affairs (MoPA). The programme which took place on Monday, October 26, 2020 at the Swiss Spirit Alisa
Hotel in Accra, was held under the theme: “2020 Elections and its Implications for Peace and Security in
Ghana”.
The Minister in his speech, expressed the hope that all the stakeholders will play their role effectively
after the discussions and would be able to engender the required confidence and trust in the security
system leading up to the December polls.
“Beyond this meeting, it is the hope of all of us that confidence and trust would rise and our security
personnel would be professional and impartial in the discharge of their duties. We should be rest
assured in their competence, whiles eschewing complacency,” he said.
Addressing the political parties through their representatives present at the event, Mr. Osei Kyei-
Mensah-Bonsu, urged that before they take any decision related to the elections, they should always
weigh the impact, look at the big picture and put Ghana first.
“To my colleagues from the other political parties represented here, let us all know that Ghana is bigger
than any political party. The Ghana we desire to lead must be our greatest concern. We should all be
circumspect in addressing and relating to, particularly, to the election management, the election
management body and all other election stakeholders so as not to erode trust and credibility.
“None of us here in any of our political parties, should be caught at the wrong side of the law. And if any
of us is caught at the wrong side of the law, let the law prevail. If our security services and the
administration of justice would not be bent to favour any person or any group of persons, this nation
would survive and indeed must survive,” he observed.
The programme brought together the heads of the various security services in the country, including the
Ghana Police Service, the Ghana Armed Forces, the Ghana Immigration Service among others, as well as

political party representatives and the media fraternity represented by the National Media Commission
to deliberate on how to safeguard the security of the country before, during and after the elections and
protect the country’s nascent democracy which is considered as a model of example of peace and
stability in the West African sub-region.
Source: Clement Akoloh||africanewsradio.com