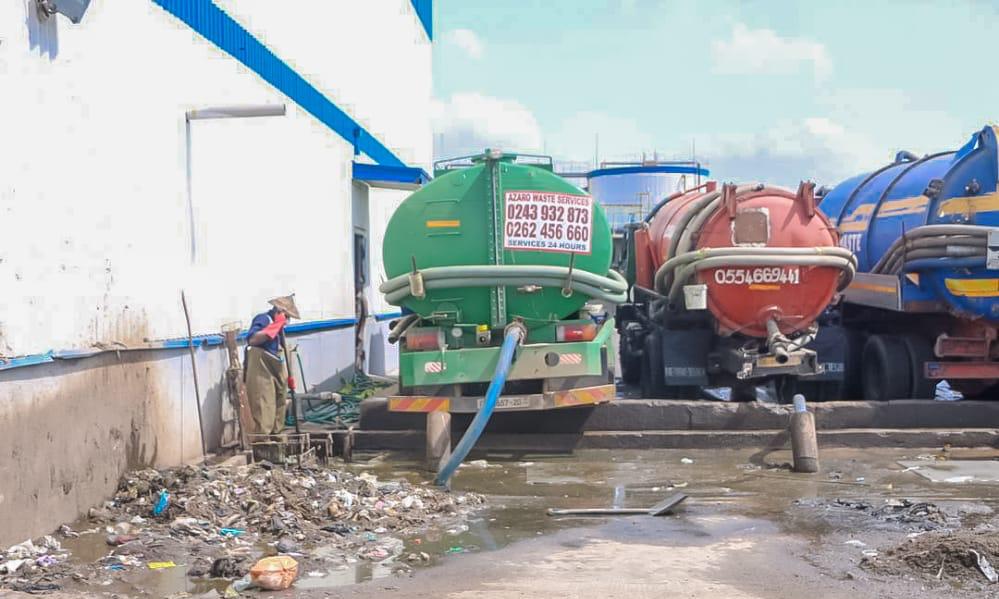 In a bid to solve the challenges of waste management in the country and to find a sustainable source of funding to support the services of environmental sanitation and waste management companies among others, the Government of Ghana has proposed a sanitation and pollution levy in the 2021 budget to be charged on petroleum products.

The Government proposes to levy a charge of 10 pesewas on the price per litre of petrol or diesel under the Energy Sector Levies Act (ESLA).
However, the President Akufo-Addo led Government has rather been at the receiving end of a lot of public bashing for being insensitive to the plight of many Ghanaians who are still bearing the brunt of the adverse economic effects of the COVID-19 pandemic. Some have even described it as being in the nuisance tax category.

Meanwhile, stakeholders in the sanitation and waste management sector have backed the Government’s proposed levy and have also urged Ghanaians to support it because it is an important intervention which would ensure that the service providers are paid on time for their services and investment and to also ensure a clean and hygienic environment devoid of insanitary and pollution related health issues.

According to the stakeholders grouped under the umbrella of Environmental Service Providers Association (ESPA) and the Coalition of NGOs in Water and Sanitation (CONIWAS) among others, the introduction of the levy was long overdue since the absence of a dedicated source of funding for environmental sanitation and waste management related matters over the years has hampered sustained progress in the sector.

“It will create the enabling environment for the nation to solve its waste management problems and promote innovation in the sector because there would be so much competition among the players,” said the Executive Secretary of the Environmental Service Providers Association (ESPA) when the stakeholders briefed the Parliamentary Press Corps (PPC) about the challenges they are facing in maintaining their infrastructure and the mounting cost of their daily operations.

A working tour by the members of the PPC over the weekend to some of the waste management sites being run by the JOSPONG Group of companies in Accra and its environs, revealed the urgent need for critical investment into the sector and the need for Government’s support for the service providers who have so far held the fort with their own private investment.

The Head of Processing and Engineering at the Sewerage Systems Ghana Limited (SSGL), Eric Simon Amofa-Sarkodie, justified the proposed sanitation and pollution levy when he claimed that the cost of treating waste in Ghana keeps increasing sharply due to the high cost of investment in the requisite technology and machinery and the indiscipline of Ghanaians who fail to segregate their waste properly.

He informed members of the Parliamentary Press Corps when they toured the facility of SSGL which hosts the Lavender Hill Faecal Treatment Plant and the Mudor Sewerage Treatment Plant that, the company spends over GHC 20,000 as an additional cost every month for the disposal of solid waste trapped in the liquid waste they receive for treatment as the result of non-segregation of solid waste from homes.

“We don’t need the organic waste here. The pads, the shirts, the shoes, the plastics, the condoms and the aborted babies, the wallets and the phones, we don’t need them. How do they find themselves here? Because we put them in our septic tanks.

“And when it comes here, we are supposed to take it out of the system and it has impact on us a lot. Every month we pay not less than 20, 000 Ghana Cedis to dispose off waste that has been generated by somebody else. So, if you generate your waste you must pay for it. The polluter pay system must work. Everybody must pay for the waste that is generated,” he observed.

The PPC also visited the ZoomPak Medical Waste Treatment facility at Teshie Nungua, a partnership between Zoomlion and Turkish waste company; the Integrated Recycling and Compost Plant (IRECOP) at Korle-Bu, and the Adipa Waste Management Center in the Eastern part of Accra.

The Chief Executive Officer of the ZoomPak Medical Waste Management facility, Durmus Findkci who observed that the facility was one of its kind in the entire African continent, appealed to the Government to put in place the right policies in place to ensure that data on medical waste is properly documented, properly collected and properly disposed of due to its sensitive nature.

According to him, the Ministry of Health must have control over all the processes concerning the proper disposal of medical waste under hygienic conditions which is safe for the environment and the people and also for the Government to support investors with the operating cost of the facility which has constantly been increasing.

The General Manger at the 400 tonne Integrated Recycling and Compost Plant (IRECOP) facility, Betty Brown Nyadu, reiterated the appeal to Ghanaians to pick up the habit of segregating their solid waste into metal, plastic and paper products before disposal to reduce the cost of recycling and treatment at the facility.