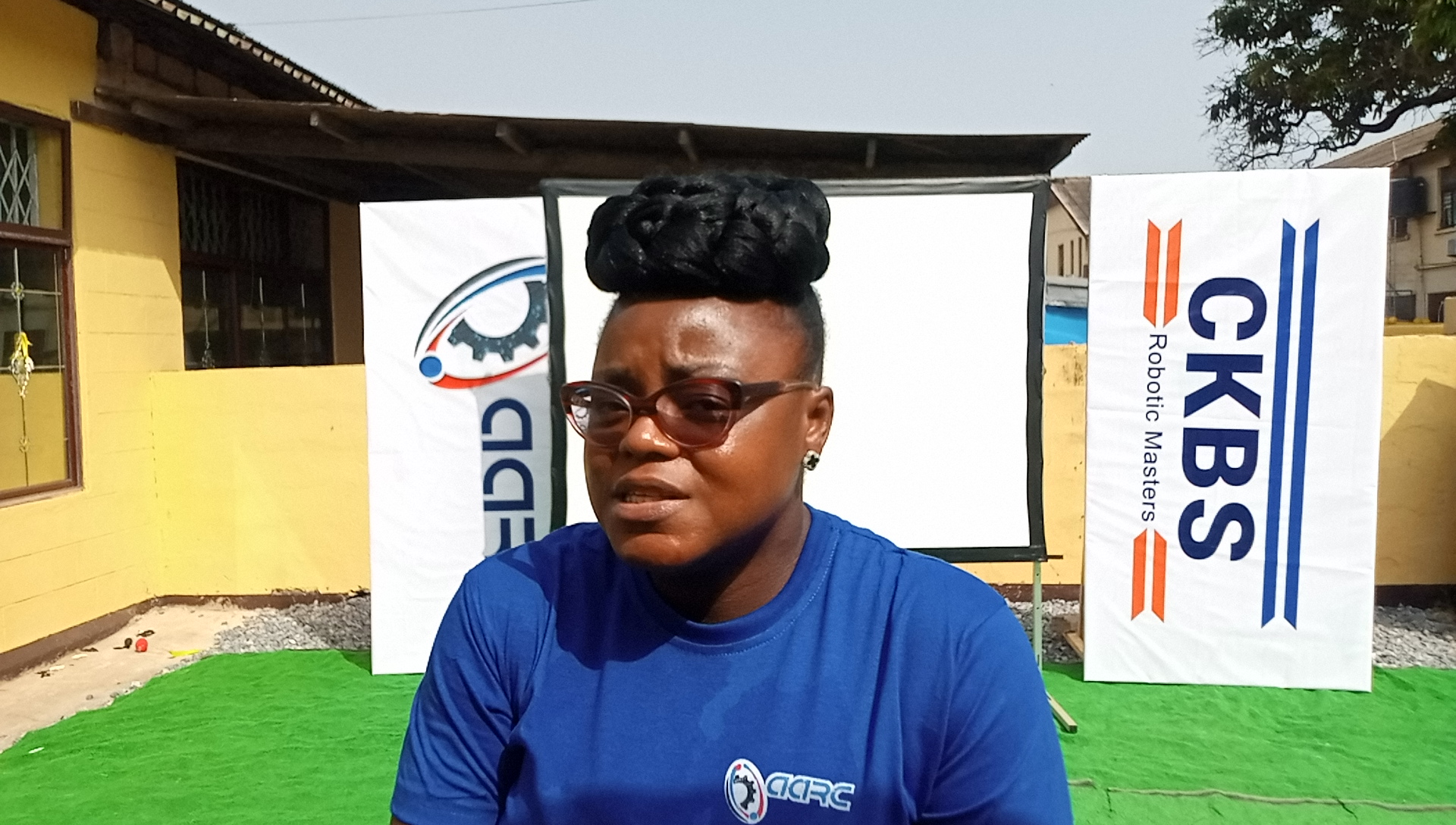 The Ministry of Education and the Ghana Education Service (GES) have been urged to embrace Artificial Intelligence (AI) and robotics, and take steps to integrate it into the educational curriculum.

The Administrator and Student Affairs Coordinator for CKBS, Mrs. Roselyn Oparebea Avagar Tawiah made the call at the sidelines of the maiden African AI and Robotics Competition and Exhibition Programme held at the CKBS Head Office in Accra on Saturday, December 11, 2021.

“I would like to use this platform to appeal to the GES and Ministry of Education. They know that technology and AI intelligence is going far; so, it is about time we embraced it,” she appealed.

The Student Affairs Coordinator further appealed to the authorities not to make the subject an extracurricular activity when it is finally adopted.

She said, “It shouldn’t just be an extracurricular activity because most schools out there claim to be doing AI robotics but they are doing it as extracurricular. We are saying that no! It should be made a main stream subject, given enough time just like you allot time to the other subjects so that the kids can delve into it.”

The African Robotics Competition is the maiden event organized by CKBS intended to be held annually. CKBS is a Robotics and a STEM education Hub that focuses on technology robotics; AI coding and AI programming among others, where trainings are offered to kids in AI and Robotics.

This year’s event which featured robotic game competition among preschoolers, first and second cycle schoolers, as well as an international competition between Ghana and Nigeria to showcase to the world the knowledge they have acquired in Artificial Intelligence (AI) and machine learning.

It was also used to launch the newly acquired office premise of CKBS located inside the PWD yard in Accra; as well as an exposition on newly procured robots.

Robotics and Artificial Intelligence has dominated several aspects of global life, yet many African countries including Ghana are being too slow to embrace the phenomenon which has been tipped to define the future labor market.

In her appeal to Government, the Student Affairs Coordinator noted in an exclusive interview with africanewsradio.com that, lots of benefits would accrue to the individuals who acquire this knowledge as well the nation, since the world has already moved into that era of depending on Artificial Intelligence and robotics.

She bemoaned the fact that, several heads of educational institutions they approached to be part of the project rejected the offer because they claimed it was not a Ghana Education Service approved course. While the others who showed interest, simply did not have what it will take to get the programme going.

Mrs. Roselyn Avagar Tawiah explained that, it was not as though they were being selective with the schools which were onboard the training programme.

According to her, most of the schools they have approached for partnership have not totally embraced it because they claim GES may not agree to it.

“As part of our strategy, we try to go out there to schools. Basically, you go there and they tell you it is not a GES approved subject. You get some heads telling you that it is not GES approved so we can’t do that. Other schools would want to embrace it but they do not have the requisite facilities.