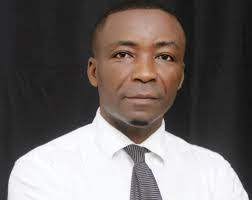 The President of the Distinguish Scholars of Africa (DISTINSA), Dr. Nana Oppong, has admonished
Ghanaians to avoid going to court at all cost after the elections because judges cannot always be trusted
to deliver justice on their own during an election petition. And that it is only God that can guarantee a
peaceful transition.
He has therefore urged Ghanaians to be guided by what he describes as the SALT and LOVE principle to
avoid the situation where contestants in the December 7 elections would go to court after the polls as a
result of misunderstanding, lack of fairness and transparency at the polls.
According to him, the judges cannot be trusted to give a just judgement on their own volition because
they are human beings; not independent minded; and are vulnerable to many variables such as
manipulation and intimidation by both government and opposition elements.
“You may be thinking, why can’t we go to court If we have to go to court? One thing I have learnt
watching American politics, European politics and world politics is that the judges are human beings.
The ability of a judge to give a just judgement depends on how free he or she is. The people intimidate
judges and they get scared, they are unsecured, they are not independent, they cannot rule justly.
“What are the guarantees? Only God can guarantee. We hope, we pray, we expect. Why do we have to
risk having doubts problems to the point where we have to fight it in court? The solution to avoiding
court issues is clarity of facts. As long as LOVE happens – Legitimate, Open, Verifiable, Election for 2020, I
am very confident that we would have the SALT, we would – Secure an Amicable Lawful Transition. LOVE
and SALT, they go together,” he observed.
The Canadian trained legal practitioner and journalist, made the comment at a press conference in Accra
on the upcoming general elections in Ghana in December 7, 2020.
Addressing the media at the conference, Dr. Nana Oppong observed that, it could not be taken for
granted that there would be a peaceful transition after the 2020 elections and that peace is not
guaranteed in any election except certain practical steps are taken.
He said, “Recent events in the United States of America where election was held in November shows
that we cannot take transitions for granted. There is no guarantee that the loser of an election would
concede or cooperate with the winner and let a new government be formed in peace.
“In other words, there is no automatic transition after an election. We have a duty to take steps to
ensure that this upcoming election is conducted in a way that would Secure an Amicable, Lawful,
Transition; that is what we call SALT. But in order to secure an amicable lawful transition, we need to
conduct a Legitimate, Open, Verifiable, Election; which stands for LOVE. The only way to get SALT is to
have LOVE. No LOVE no SALT.”
According to the President of DISTINSA, the role of the media is to assist to ensure that this coming
election is free of doubt. He said, there should be no doubt whatsoever as to the clearest winner of this
election and that the media must let the people understand that there is only one beautiful Ghana.
“The media especially, has a great responsibility moving forward, to make sure that the election is LOVE.
When you have a legitimate election carried out in accordance with law; when everyone who is

registered to vote is allowed to vote; when nobody is intimidated; where the votes are counted and the
counted votes are tallied correctly; and there is security so that nobody feels he or she was bullied; with
transparency, it becomes very difficult for someone to spin the election. It becomes very difficult to sow
disinformation; to claim fraud; to raise doubt; to cause confusion.
“And because we don’t want to lose Ghana, then Ghanaians should understand that elections come and
go. So, whoever wins clearly by law or by democracy, by tradition, by culture, should be the one leading
our country. This is not the reason to fight. We are not NDC, NPP; we are Ghanaians; we are human
beings; we are wise people; we are peaceful people. But that can only happen when the media fulfill
their role,” he said.
Source: Clement Akoloh||africanewsradio.com