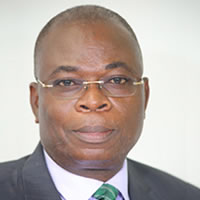 Members of Parliament, Ministers, District and Municipal Chief Executives have been advised to invest
into Agricultural production to attract the youth into the sector. This would solve the challenge of youth
unemployment and also guarantee food security for the nation.
“Most of the youth don’t want to go into agriculture. It is not attractive. So, the few elderly people who
are into agriculture now, what happens in the future when they are no more? So, we have to package
agriculture in such a way that it becomes more attractive to the generation that are coming up so that
the contribution of agriculture to our GDP does not fall.”
This is according to the Deputy Minority Leader and Member of Parliament for Ketu South, James Klutse
Avedzi, who emphasized the point that the new generation do not consider employment in the
agriculture sector as prestigious as being employed in an office environment. He is therefore calling on
officialdom to help change the narrative to a more positive one.
“If we could do that for agriculture to become more attractive, the issue of unemployment would be
solved. Most youth think that being in a white colour job is employment, but the farmer who is
producing for his survival is also into an employment. So, let’s make it more attractive. One way we can
make it attractive is for we the leaders to also go into agriculture.
“The Ministers, Members of Parliament, DCE, MCE’s must all go into agriculture to set a good example
so that the youth will know that, if the Member of Parliament is into agriculture, why not me. But if we
don’t do this, I can assure you that this would become one of the mere talks that we have gone through
over the years.”
Mr. Klutse Avedzi, made the call in a contribution to a statement made on the Floor of Parliament on
Monday, November 2, 2020 on the celebration of the 36 th Edition of National Farmers Day by the
Minister for Food and Agriculture, Dr. Afriyie Akoto.
Owing to the upcoming general elections on December 7 th , 2020, the date for the celebration of National
Farmers Day has been altered from the first Friday of December as dictated by law to November 6 th ,
2020.
The Agric Minister, Dr. Afriyie Akoto, informed Parliament that, “the National Farmers’ Day will this year
be held in Techiman, the capital of the Bono-East Region, one of the six (6) infant regions created by H.E.
Nana Addo Dankwa Akufo-Addo.”
Adding his voice to the call for agriculture to be made attractive to the youth, the Majority Leader and
Member of Parliament for the Suame constituency, Osei Kyei-Mensah-Bonsu, indicated that in addition
to increasing agricultural production, there was the need for prices products to be guaranteed for
farmers to attract more people into the sector. He therefore urged that more of Government’s flagship
One District One Factory be established to absorb the excess produce as the result of the increased
production.
“The Deputy Minority Leader was saying that we should make agriculture attractive. The only way to
make agriculture attractive is not only increasing production. If you increase production and you have
over production in the year, it will become a disincentive to the farmers.

“We should hasten our steps in the construction of these factories because many of these factories are
agro based factories to feed the produces to the factories. Once we are able to do that, Mr. Speaker, we
will be able to guarantee prices and stabilize our farmers, then it will become attractive to our young
guys. Other than that, there is nothing we could do to make agriculture attractive. “
The Member of Parliament for Jirapa, Francis Bawaana Dakura, on his part, alluded to the high cost of
credit to the agriculture sector which is the main headache for farmers in the country. He urged the
Minister of Food and Agriculture and Government to do something about the cost of credit to help the
farmers.
He observed that the Agricultural Development which was set for the purposes of agriculture has veered
away from its mandate and turned into a deposit taking bank.
“Most farmers in Ghana are still struggling and one of their headaches is about credit. I feel that with
the experience of the current Minister and all that, I will plead that you will look at the credit facility to
the agriculture sector. It is one of the main hinderances in moving forward in increasing our agricultural
productivity. If we can work on that, I am very confident that we will be able to support our farmers to
produce more for us to add value,” he observed.
Source: Clement Akoloh||parliamentnews360.com