BREAKING NEWS
05:42
Home ParliamentNews360 My Nomination as Minister is the President’s Vote of Confidence in Me – Abu Jinapor 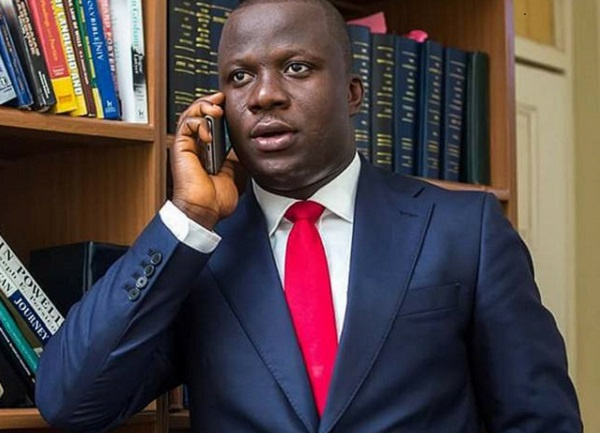 Samuel Abdulai Jinapor, Former Aide to President Nana Addo Dankwah Akufo-Aaddo and former Deputy Chief of Staff in the previous NPP Government, says his nomination as the Minister Designate for the Lands and Natural Resources Ministry, is a vote of confidence in him by the President

“I am happy. I thank the President for nominating me and as somebody who worked very closely with him as one of his chief aides for the past four years, I know this nomination is a big vote of confidence in me which bestows a lot of responsibility in on my modest self. I hope and pray that I will be able to live up to the expectation,” he said.

The newly elected Member of Parliament for Damongo, in the Savannah region of Ghana, Abu Jinapor made the comment in an interview with the Parliamentary Press Corps following the announcement of the list for the ministerial appointments to Parliament by the President for his second term agenda in Government.

According to him, the team the President has put forward is a fine blend of the young and the old, as well as gender sensitive and regionally balanced to reflect the varied aspects of the Ghanaian society.

“In my view it signals a lot ahead of us as a country. As you can tell from the list, it is a combination of the young and old; it is a combination of experience; some women are involved; and very national in character. So, I think the team the President has put together is one that I believe can assist him in delivering on his mandate and his agenda for the second term of his administration,” he said.

Mr. Jinapor assured that he would do well to offer the right leadership in the Ministry to maximize the benefit of the land and other natural resources for national development.

“I believe by the grace of God, if I am approved by Parliament I should be able to offer leadership at that ministry to bring all the resources and all the actors in that sector for us to be able to chart a path so that (1), we can deploy land as a tool for national development and not an obstacle to national development.”