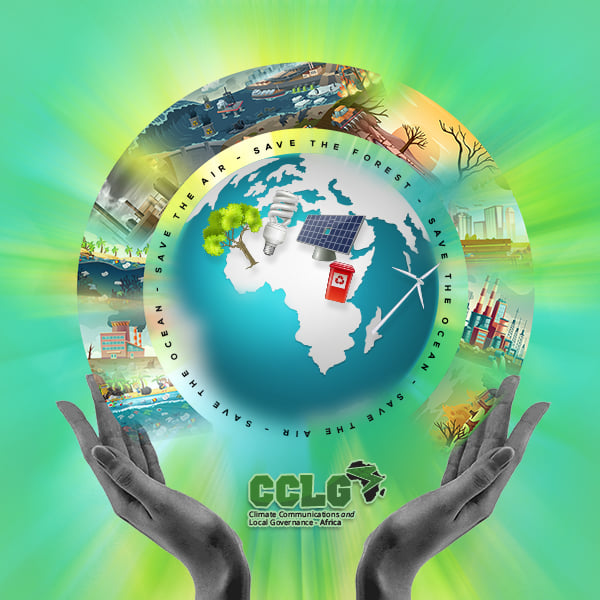 ‘Only One Earth’ Indeed, Let’s Save it – CCLG on World Environment Day 2022

The World Environment Day which falls on June 5, every year with the theme “Only One Earth” was first celebrated in 1972 in Stockholm, after half a century, the slogan still remains relevant in a world where human activity rapidly erodes the glue that keeps human existence together (the Earth).

For material impact and historical significance, the theme for the celebration of the 2022 World Environment Day which is coincidentally being hosted by Sweden, is ‘Only One Earth.’

Over the years, this day has served as a platform for raising awareness about global issues such as global warming and rising sea levels, as well as air and plastic pollution, among others.

The theme’s fundamental notion is to emphasize the world’s interconnectedness in the pursuit of establishing an environment favorable to peace, harmony, wealth, and health through preserving nature and life.

The theme’s policy is to build and adopt a lifestyle that is pollution-free and abundant in green space. It has become even more critical for the world to stick together to ensure that more trees are planted to sustain the environment.

This is where the entire membership of the Climate Communications and Local Governance (CCLG-Africa), take off our hats to the Minister for Lands and Natural Resources and the Government of Ghana for the tree planting initiative which is fast becoming an annual ritual to replenish the country’s eroded forest cover.

We also seize the opportunity to commend the Minister for using his office to halt and reverse the recent disturbing news of the wanton encroachment on the country’s reserved lands for the forest and wetlands by some officials in public and private enterprises.

Emerging out of a difficult pandemic, it is past time to take immediate action to avoid another devastating disaster to befall humanity without a prepared antidote. As a result of our collective experience with the epidemic over the last two years, the importance of a safe, clean, and sustainable environment has never been more apparent.

The threat of Global warming which sounded afar off over half a century ago, has now become more pronounced with the abnormal tidal waves wiping out communities and people’s livelihoods along the coast of Ghana in places such as Keta, in the Volta Region and Ada in the Greater Accra region among others.

Changes in the weather patterns has led to extremely dry conditions sometimes and other times, excess rainfall leading to flooding and destruction of farms and crops among many other climate related challenges in Ghana.

We shall together save the Earth for today and the generations unborn, if each of us decides to take a positive action towards the environment today.

To this end, we wish everyone a blissful World Environment Day celebration and encourage all and sundry to become active players in activities that seek to preserve mother earth for our peaceful existence as a people. Let always bear in mind, that it is “Only One Earth”.