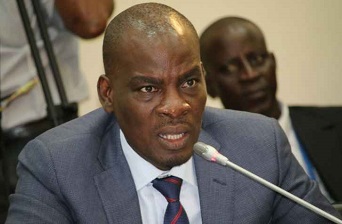 The Leader of the Opposition National Democratic Congress (NDC) in the Parliament of Ghana, Haruna Iddrisu, has requested that copies of the handing over notes from the previous Government led by President Nana Addo Dankwah Akufo Addo, be served on Parliament with immediate effect in accordance with the provisions of the Presidential (Transition) Act, 2012 (Act 845)

According to him, the Appointment Committee of the House would require this information in order to do a proper scrutiny of the Ministerial nominees which would soon be forwarded to Parliament for vetting.

Addressing the press in Parliament of Tuesday, January 19, 2021, the Leader of the Minority Group said, the essence of the briefing was to draw attention to the fact that the President is in breach of the provisions of the Presidential Transition Act which they do not find legally acceptable for the country’s democracy and good governance practice.

“So, we are demanding respect to the letter and spirit of Act 845. That all handing over notes from Ministries, Departments and Agencies are made available to Parliament. That I believe, would be helping our work as an institution that exercises oversight.

“And particularly for the Appointment Committee of Parliament which is about being set up. So that this year, vetting and scrutiny of Ministers would not all be about Curriculum Vitae or CVs. We can go into record of persons who have exercised authority as Ministers or Heads of Institutions or supervised Heads of Institutions.”

Section 6 of the Presidential (Transition) Act,2012 (Act 845) requires that the Government to prepare handing over notes 30 days to the Presidential Election. Section 7 of the same Act also requires that the Administrator-General shall make available to the person elected as President the original copies of the handing-over notes with copies served on Parliament; the Chief Justice; the Council of State; the Public Records and Archives Administration Department.

However, Opposition Leader Haruna Iddrisu disclosed to the media that, “As we speak today, Parliament has no such record, official and formal in its possession of any handing-over notes from any Ministry, Department or Agency as required under section 7 of Act 845. That is in breach, and that is not responsible enough for a government that must be accountable to the people of Ghana and to the Parliament of Ghana.”