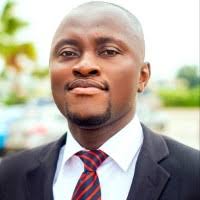 Parliamentary Network Africa (PNAfrica) is by this release expressing serious concern with the delay by the Parliament of Ghana in initiating a probe into the unfortunate events that occurred in the early hours of 7th January 2021, during the election of a Speaker.

This delay comes in the wake of the Rt. Hon. Speaker, Mr. Alban S. K. Bagbin, describing the happenings of that day as “unruly behavior and commotion” which represents “despicable conduct unbecoming of people of honor.

We note that in the same inaugural address to the House on Friday 15th January 2021 when he voiced these condemnation, the Rt. Hon. Bagbin charged Leadership of Parliament to “take a serious view of it and take the necessary measures to restore the lost dignity of the august House.”

Although the Leaders of both the New Patriotic Party (NPP) and National Democratic Congress (NDC) sides of the House have seen reason to organise multiple press conferences to address issues of Majority-Minority nomenclature and other matters that serve their parochial Party interests, they have both not come clear with the people of Ghana on this one issue that received collective condemnation from home and abroad.

On 13th January 2021, Parliamentary Network Africa (PNAfrica) submitted a 2-paged petition to the office of the Speaker of Parliament, with the Leaders of both sides of the House and the Clerk of Parliament in copy, requesting an investigation into the disturbances that characterised the Speaker’s election.

We are disappointed to note that the petition has neither been officially acknowledged nor our prayers in the petition taken up. In that petition, we humbly called for a probe into the disturbances which marred the election, asking that the culprits be punished, and recommendations made to avert a recurrence of the unfortunate event.

Our petition specifically recommended that necessary actions be taken to immediately address the following issues: