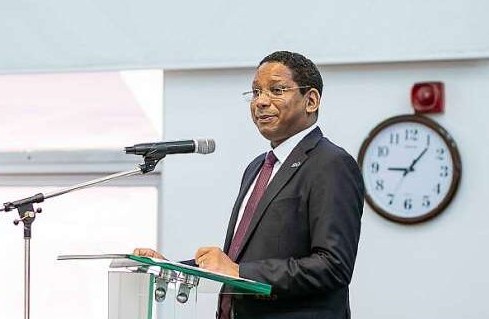 Media practitioners in Ghana have been urged to be proactive in using the opportunity provided by the Right to Information Law (Act 989) to request for information, sensitize the public on their rights to information, as well as monitor and track the implementation of the law in the country.

The call was made by the UNESCO representative to Ghana, Abdourahamane Diallo, at a media capacity building workshop on the RTI Law organized by Parliamentary Network Africa (PNAfrica) with sponsorship from UNESCO.

The overall objective of the training is to strengthen capacities of journalists and media institutions across Ghana to monitor and exercise the right to information by empowering them to be RTI Champions; and also, to expose them to the UNESCO Reporting Instrument for SDG indicator 16.10.2.

The Right to Information Act, 2019 (Act 989) was passed by Parliament and assented to by the President in 2019, to give full force to Article 21 (1)(f) of the 1992 Constitution. The passage of the Act which came after two decades of advocacy, is in its first year of implementation.

Delivering his message at the workshop, Mr. Abdourahamane Diallo emphasized that the expected role of the media is now greater with the commencement of the Act, as journalists do not only have to exercise their right to information to aid their work, but are equally expected to monitor the process of implementation.

According to him, since Ghana’s choice of democratic governance requires an active participation by all in the governance process, it is only when those who are to participate in governance are well informed that they can contribute meaningfully.

He re-emphasized the strategic role of the media in this process when he referenced a section on media in the UN Plan of Action (C.9), which states that “The media have an essential role in the development of the information society and are recognized as an important contributor to freedom of expression and plurality of information.”

Article 19 of the Universal Declaration of Human Rights adopted by the United Nations states: “Everyone has the right to freedom of opinion and expression; this right includes freedom to hold opinions without interference and to seek, receive and impart information and ideas through any media and regardless of frontiers.”

Right to Information (RTI) is a fundamental human right guaranteed by the constitution of the Republic of Ghana and recognized by international conventions on human rights and the media is the most important vehicle for information, knowledge and communication in a democratic society.

The UNESCO representative to Ghana, however, bemoaned the fact that evidence available in the past one year of RTI implementation indicates that Ghanaian journalists were exercising their rights under the RTI Law; urging that it is only through the vigilance of the media that the people occupying public authority could be held accountable for their work.

He said a research report one year implementation of the RTI Act in Ghana, commissioned by Deutsche Welle (DW) Akademie and published in March 2021, observed that “Journalists in Ghana were slow at exercising their right to information using the RTI Act, as they preferred” to cultivate key sources within various public institutions and maintain personal rapport with them for information rather than going through the processes outlined in the RTI Act.”

Delivering a welcome address at the workshop, a Member of the Steering Committee of the Media Coalition on RTI, Elvis Darko, indicated that the effective and efficient implementation of the RTI Act must be accompanied by some pertinent fundamentals.

“First is the delay of government to pass a fees regime that would guide the appropriate cost for the reproduction of information held by public institutions. This has caused some public institutions to charge fees for RTI requests at their discretion – a situation that gravely violates the spirit and letter of Act 989.

The media capacity building workshop which was held under the theme: Supporting Journalists and Media Institutions Across Ghana to Exercise and Monitor the Right to Information (RTI), brought together media practitioners, some of whom were in house at the Sunlodge hotel in Accra, while others joined virtually via the Zoom platform.