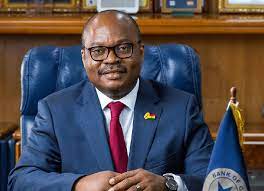 A Tribunal at the London International Court of Arbitration (LCIA) has torpedoed a claim of some US$ 478 million filed by Sibton Switch against the Bank of Ghana (BoG).

Apparently, the BoG had in 2017 terminated a Master Agreement for the Ghana Retail Payment Systems Infrastructure which was operated by Sibton, a development that caused the latter unhappiness and hence the arbitration.

On the 9th of April 2018, Sibton Switch filed a Request for Arbitration making the huge claims in damages from Ghana’s central bank.

The contract was terminated in 2017 when the new administration of the Akufo Addo government formulated a new Management of the Bank of Ghana. In the review of terms of contracts entered into by the previous administration of the National Democratic Congress (NDC), it was discovered that Sibton had neither acquired the license nor fulfilled the condition precedent for the contract.

The Agreement, which dealt with the grant of exclusive rights to Sibton Switch to build, operate and own the Ghana Retail Payment Systems Infrastructure was therefore terminated on the basis that it never came into effect.

According to the BoG, the Sibton Switch contract was one-sided “was severely detrimental” to the interests of the Bank of Ghana.

In their evaluation, the central bank’s management realized that Sibton Switch’s bid was more than 33 times expensive than the next most expensive bid.

Following the termination of the contract with Sibton Switch in 2017, the Bank of Ghana’s subsidiary, GhIPSS, was able to deliver mobile payment systems interoperability at a small fraction of the cost, saving the Ghanaian taxpayers billions of Cedis.

On 28th July 2021, a panel of three distinguished arbitrators issued an award in favour of the Bank of Ghana in the LCIA arbitration, dismissing all the claims brought by Sibton Switch Systems Limited.

The claims were dismissed due to the failure by Sibton Switch Systems Limited to comply with the orders of the Tribunal including an earlier interim award made by the Tribunal on 25th of June 2019 in favour of the Bank of Ghana.

Meanwhile, this is the first time in a long time that the Akufo Addo administration had been able to plow back some gains from the huge judgment debts it had been forced to pay to private contractors for arbitrary cancellation of contracts.

Ghana was recently slapped with a US$170 million judgment debt by the London arbitration court in damages to the energy company, Ghana Power Generation Company (GPGC).

The case was lost following what the London arbitration court described as the Dame and his team were unreasonable and “intrinsically weak” performance of Ghana’s Attorney General of Ghana, Godfred Yeboah Dame, and his team of expensive private lawyers.

In total, Ghana has been a candidate for judgment debts approximating some US$ 525 million.

As of February 2021, Ghana became was locked up in a US$ 55 million arbitration with Chinese company, Beijing Everyday whose US$ 100 million “intelligent street light” was reportedly cancelled arbitrarily.

Again, in late 2020, the Portuguese construction giant Mota-Engil and French engineering company Egis decided they will be dragging Ghana to court for arbitrarily cancelling a US$ 250 million Accra-Tema Highways contract won by the consortium.