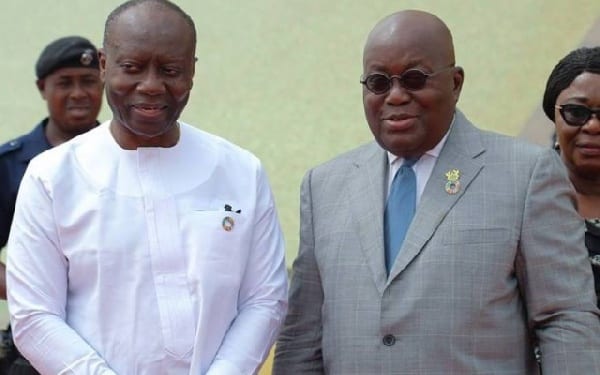 Mr Christopher Dapaah , Project Coordinator, Tax Justice Coalition has advocated for Ghana to start reducing some of the exemptions package given to corporate organizations under the excuse of attracting Foreign Direct Investments (FDIs). He says it has not benefited the nation.

According to him country’s oil find in addition to other resources and capacities as well as the peaceful democratic system should serve as bargaining points for the nation to attract investors and not only incentives.

“Ghana is of age now and we should be able to reduce some of the incentives and exemptions in the previous excuse of attracting foreign direct investments. Now we have oil in addition to other resources and additional capacities as well as peaceful governance system should be our bargaining point for us to be able to get investors and not only incentive and exemptions”

Mr Dapaah made the observation when the Tax Justice Coalition- Ghana engaged the Parliamentary Press Corps on Ghana’s Exemption Bill, 2022 in Accra.

The seminar which was on theme: “Sustainable financing of Ghana’s Development: Domestic revenue mobilization and the Exemptions Bill in Ghana” is intended to promote the passage of the Exemptions bill in Ghana

The Exemptions Bill is a bill proposed by government through the Ministry of Finance to bring all incentives, exemptions, reliefs and other tax regime under one umbrella or single coordinating point to ensure effective monitoring and better oversight of all the incentives and exemptions regimes that has been granted.

He said the Ghana Revenue Authority (GRA) which is supposed to coordinate process find it bit difficult because sometimes the information is not readily available to them to even track them to ensure effective implementation of the incentives and exemptions.

He said Exemption Bill, 2022 is therefore intended to bring all the exemption regimes under the GRA to enable them monitor properly it effectiveness.

Mr Dapaah further explained that there are clauses within the Bill that mandate the Minister of Finance to report periodically in details on all the exemptions and incentives granted to be able to do cost benefit analysis and also ensure accountability and the efficient use of that policy.

He said the Tax Justice Coalition support the Exemptions Bill because they consider it as a good policy and would advocate for it to be passed as early as possible .

“If we use it judiciously it would be able to potentially increase domestic revenue. The possible loss of revenue that are coming through the shadows that are within exemptions regimes would be reduced or taken off so as the illicit financial flows and other abuses of these regimes will also be reduced.

“In so doing there is the likelihood that Ghana may generate a little more revenue from these incentives within” he said.