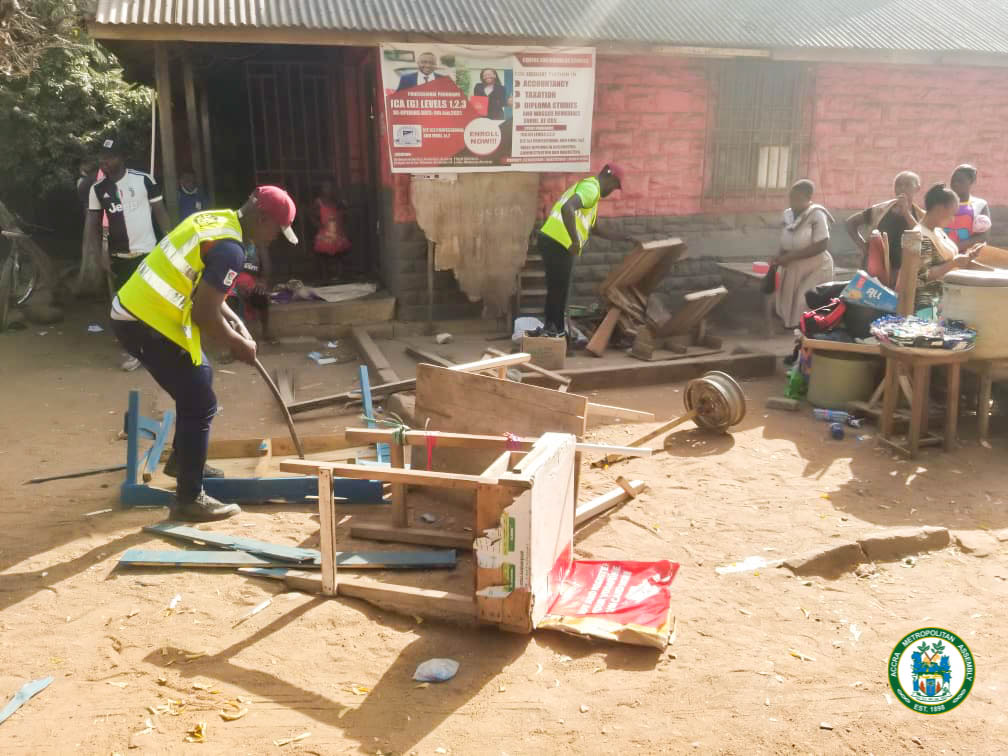 The Accra Metropolitan Assembly (AMA ) has ejected illegal occupants at the Independence Avenue Cluster of Schools in Accra.

The action follows the invasion of the school premises by squatters believed to be kayayee and traders who sleep and store their wares in the school respectively.

Speaking after the exercise which took place on Monday, April 12, the Head of Public Affairs at the AMA, Gilbert Nii Ankrah, said a committee had been set up by the Mayor of Accra, Mohammed Adjei Sowah to ascertain the cause of the issue and propose recommendations to forestall future occurrence.

He disclosed that the Assembly has currently stationed a day and night security at the school to prevent the squatters from going back to the school premises adding that a task force had also been assigned to visit the schools since the incident occurred.

The statement noted that this was the second time the incident had occurred and that in the initial instance, an arrangement was made for a security officer to be stationed at the school’s premises.

The school which is one of the oldest public primary schools in the Central Business District (CBD) of Accra has a total population of 778 pupils.