BREAKING NEWS
12:47
Home Features & Opinion No Patriotism in the Market Place; GUTA has no Case Against Foreign Traders – Franklin Kudjoe 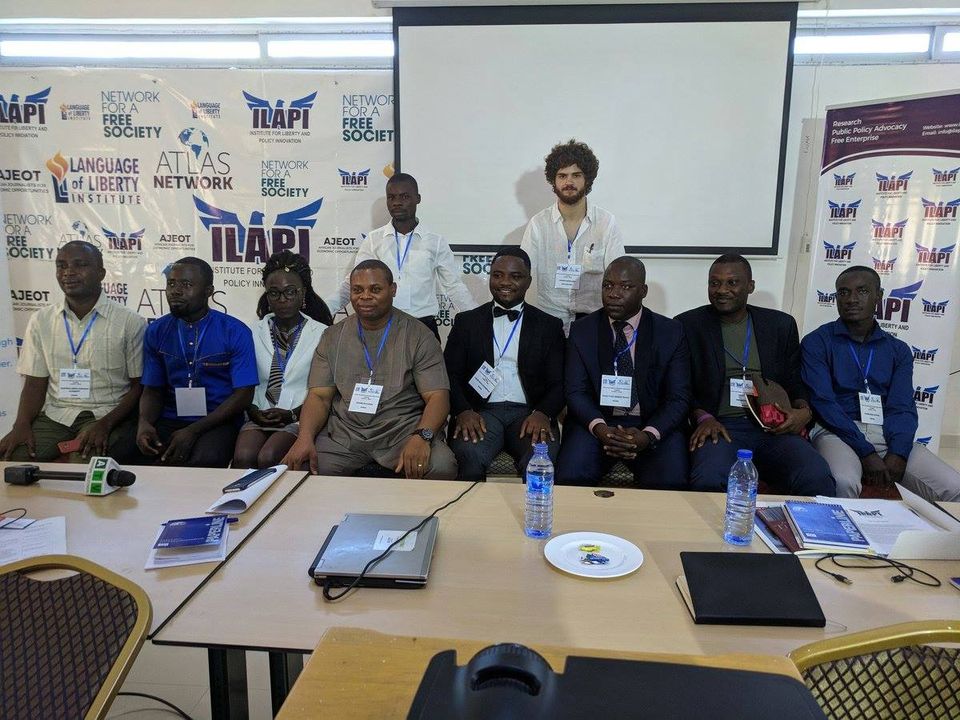 “I don’t care whether it is a Chinese ‘dragon’ or a Nigerian ‘agbalagba’ that is selling to me on the
market. I am only interested in buying cheaper and quality so that I can save some of my money.
…When you hear GUTA and co saying that Nigerians should leave; apart from being xenophobic, they
are attacking the wrong horse.”
The above statement was made by the Chief Executive Officer of IMANI Center for Policy and Education,
Franklin Kudjoe in a presentation at the 2020 edition of the African Journalists for Economic
Opportunities Training (AJEOT 2020) of which I was a participant. The training programme which is
organized yearly by the Institute for Liberty and Policy Innovation (ILAPI), is aimed at exposing
participants to the principles of classical liberalism such as free market economics, rule of law, and
individual liberty among others.
Being a Ghanaian journalist who has on a number of occasions covered a number of stories concerning
agitations by GUTA against foreign traders, it sounded a lot more controversial and unpatriotic for me to
accept what I was hearing. I was initially taken aback and felt a bit disappointed with the presentation.
However, the rigorousness involved in the selection of the participants for the programme, of which a
lot of intellectual discipline was expected of me, I decided to bring myself to appreciate the point being
put across by the Founding President of the policy and education think tank dedicated to the promotion
of the institutions of a free society across Africa. In the end it paid off.
This piece is trying to explore and put into perspective, the realities of a free market situation in a
continuously expanding regional integration as against the position held by the Ghanaian traders, in the
context of the law, patriotism and economics as espoused by Franklin Kudjoe.
Trading across borders
Trading across borders with neighbors is a matter Ghana seems to be struggling with. The frustration of
foreign people importing stuffs into the country to come and compete with indigenous traders has
made the headlines a number of times with members of the Ghana Union of Traders Association (GUTA)
always seen up in arms against these foreign traders.
The argument has always been that the foreign traders have been violating the country’s laws which
reserves some areas designated as markets for indigenous Ghanaian traders. Foreign traders are
however permitted to import goods into the country and sell them wholesale to Ghanaians, but are not
permitted to retail them on the market.
But the Head of the policy think tank thinks that any such laws that prohibits trade in such a murky
circumstance of contradictions without taking other important related factors into consideration, does
not make sense.
Contradictions in ECOWAS Protocol and the national legal framework
While at the sub-regional level, the Economic Community of West African States [ECOWAS] Protocol on
free movement of persons, right of residence and establishment in 1979 mandated all member states to
stop demanding visas and residence permits, and allow West Africans to undertake commercial

activities within their territories, at the national level the Ghana Immigration Act (Act 573) and the
Ghana Investment Promotion Centre (GIPC) law (Act 865) have set conditions for investment and other
economic activities of immigrants in the country.
However, with respect to foreign investment, the investment law (GIPC Act) requires an immigrant to
have a minimum liquidity of US$ 1million to invest. Although the investment laws of Ghana do not
prohibit foreigners from investing in any aspect of the economy, the GIPC Act has specified economic
activities that are wholly reserved for indigenes in Section 27 of the Act. According to this section, a
person who is not a citizen shall not invest or participate in: the sale of goods or provision of services in
a market, petty trading or hawking or selling of goods in a stall at any place (GIPC Act, 2013).
“When you say an area should be preserved for the Ghanaian because it is called a market and these are
no go areas. Even if it is cast in law, I am only saying that that law doesn’t make sense. Do you know
why? Because as a foreigner, I can now say that okay, I will go and bring a container full of the same
goods and then hop them around shops in the country and sell them off cheap. I will be undercutting
the prices in the market so nobody would go to the market.”
Cost of doing business for the Ghanaian trader
According to the Chief Executive Officer of the Policy Think Tank, IMANI Africa, the Ghanaian traders
have no business blaming the foreign traders for doing their legitimate business in the country. He
argues that the Ghanaian consumer is a rational human being who would always go for quality products
at a cheaper price, no matter who sells to him. He therefore advised the traders to rather direct their
anger at the unfavorable policy conditions resulting in the high cost of doing business in the country.
In spite of being one of the biggest attractors of foreign direct investment in Africa, Ghana’s
bureaucratic processes and high cost of doing business remain a cause of concern. Among a number of
factors, high cost of credit remains one of the major headaches for Ghanaian traders.
“The Chinese or the Nigerian is not the problem. It is your own rules, it is your own taxes, it is your own
cost of doing business which is higher. The protocols allow people to come into the country and trade.
You say they shouldn’t trade in our markets because the markets are meant for you. Well, as a Ghanaian
I am interested in buying produce in the market at a cheaper rate so that I can save some of my money,”
he said.
Poor Customer Care and Marketing Skills
Aside the policy issues, the IMANI Boss also faulted the Ghanaian trader on negative customer relations
and poor selling skills which gives the foreign trader an advantage over them.
He said, “Even the way we relate to traders in Ghana. When you are going to buy something in the
market, customer care is even so poor. Look at how the Nigerians treat you when you get to the market.
They treat you nicely and we never learn. Apart from the fact that the cost of doing business is high,
there are those soft issues that we are not good at all. Culturally, we are very bad at selling.”
Parallel importation argument doesn’t hold
He further emphasized that, “In economics we don’t eat patriotism. Patriotism doesn’t matter when you
are dealing with issues of life, bread and butter. If you earn 10 Cedis and you know that you will spend 1

Cedi on bread and all of a sudden you can spend 50 Pesewas on bread and save 50 Pesewas, as a
rational human being, which one will you choose? Won’t you choose the one that gives you 50 pesewas
but the same quality and you can save the 50 Pesewas?
“I mean, the people who trade in our market, their thinking is that we are Ghanaians so we should
patronize Ghanaian products. I will patronize Ghanaian products that are made in Ghana and nowhere
else, even if they are quite pricy. And don’t tell me to buy the same product because a Ghanaian has
brought it from China, and a Nigerian has brought it from China and they are all selling in the same
market and one is cheaper than the other. You should ask yourself, why is it that the Nigerian own is
cheaper on top of paying taxes before the goods get here.”
I guess, having read this far, you would agree with me that the comments made by the Founding
President and the CEO of IMANI Africa, Frankkin Kudjoe is not out of place after all. At the end of the
AJEOT programme, where I was honored with an award as the most active participant, I came to the
conclusion that the President of the Institute for Liberty and Policy Innovation (ILAPI), Peter Bismark and
his dedicated team deserve commendation for putting such a training programme together for
journalists and public policy analysts on a yearly basis to help advance the course of individual liberty
and a free market society in Africa.
The writer is an (AJEOT 2020) alumnus, a Senior Correspondent with the Parliament of Ghana and the
Managing Editor of africanewsradio.com and parliamentnews360.com.
Contact him via Email, senaakoloh@gmail.com