BREAKING NEWS
12:29
Home Politics Do the Right thing and Put Me Back on the Ballot – Disqualified Independent Candidate Appeals to EC 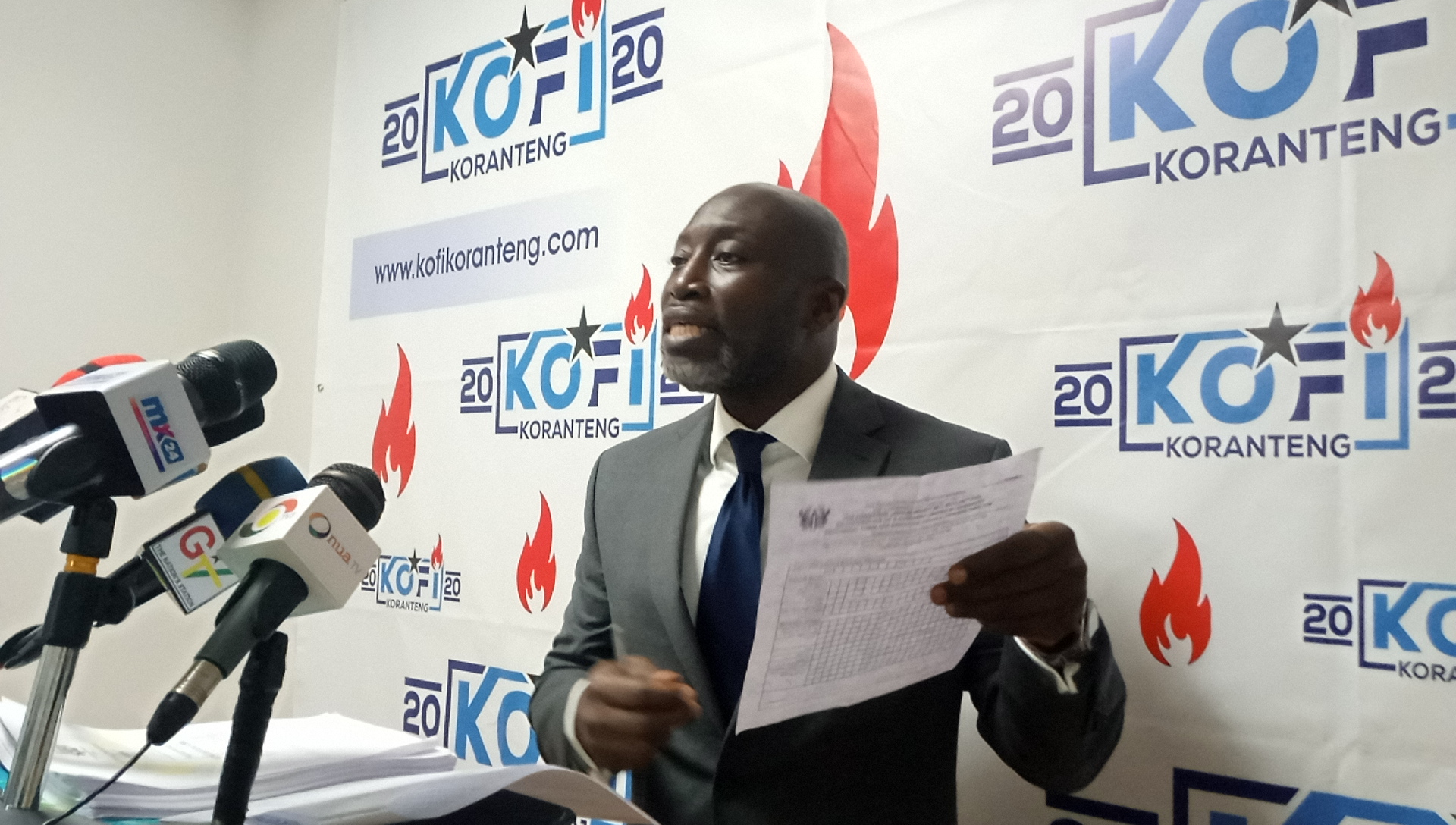 The disqualified Independent Presidential aspirant, Samuel Kofi Koranteng, has asked the Electoral
Commission (EC) to do the right thing by putting him back on the ballot to contest as President in the
upcoming Presidential elections in December this year.
In less than two months, Ghana would head for the polls to elect new set of political leaders or maintain
the status quo to administer the affairs of the state for the next four-year term. Mr. Kofi Koranteng’s
hopes to contest and win as an Independent Candidate for the first time, was dashed when the
country’s electoral body rejected his presidential application forms on the grounds of suspected forgery
of signatures.
Addressing a press conference for the first time after his disqualification from the polls, the beleaguered
Independent Presidential Aspirant told the media that as far as he is concerned, he has done nothing
wrong to deserve a disqualification from the process.
According to him, he was equally shell shocked to learn that about 19 entries on his nomination forms,
bore the same names and signatures just as the Executives of the Convention Peoples Party (CPP) who
also endorsed the forms for their party.
He explained that, if some minor errors have been detected from manually filling the outrageously bulky
forms in this age of digital technology, which has nothing to do with him as a person, he should be given
a chance to correct these minor errors.
He alluded to the fact that the upcoming elections would be based on the new voters’ register compiled
by the Electoral Commission even though it was fraught with a lot of errors.
He said, “In the new voters register which the EC ordered just months ahead of the national elections,
there were thousands upon thousands of errors in its compilation. According to the EC’S Director of
Electoral Services, Dr. Serebuor Quarcoo, those errors are normal. He stated that they would be rectified
before or during the electoral process. As a candidate, I would like to be given the same fair and sensible
opportunity to correct the minor errors in the paper work of my campaign.”
He has therefore appealed to the Electoral Commissioner, Jeane Mensah and her team to reconsider
their decision and put him back on the ballot for the contest, in line with the principles of democracy
since he has the solution to the myriad of problems facing the country.
Mr. Kofi Koranteng also called on President Nana Addo Dankwa Akufo-Addo to use his Executive powers
to direct the National Electoral Commission to put him back on the ballot since he claims he is a
democrat.
“Recently, President Nana Addo reiterated a line from my platform to say that, ‘Ghana is a beacon of
democracy for Africa’. If the esteemed President honestly believes in that, then it is incumbent on him
to direct the EC to work with my campaign team to correct the minor paper work errors to place my
name back on the ballot,” he urged.
He added, “As I have said from the beginning, my campaign is not about me. It is an affirmation of the
democracy of Ghana and the democratic rights of every Ghanaian. By disqualifying the candidacy of Kofi
Koranteng from the ballot, the Electoral Commission has removed the hopes, dreams and future of all

Ghanaians. If Ghana is to fulfill the 1956 promise of independence, freedom and democracy, it must act
to have a transparent, fair and equitable electoral process.”
The disqualified Presidential aspirant hinted of a possible legal suit against the Electoral Commission,
should persuasion fail and that his legal team has already been put on notice and have been preparing.
Source: Clement Akoloh||africanewsradio.com