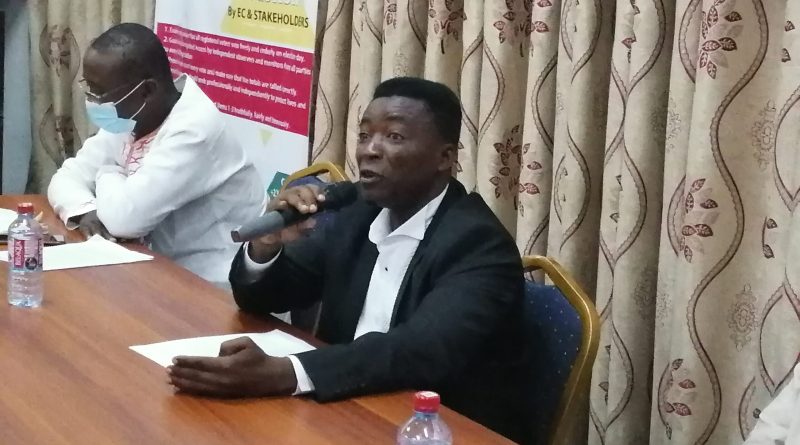 Authority is the Greatest Gift to the World….Dr Nana Oppong

Founder and President of the Distinguished Scholars of Africa(DISTINSA) a not-for-profit ,non- political organization headquartered in Accra, Ghana with branches in several African countries and aimed at capacity building for the private sector and government for socio-economic growth in Africa Dr Nana Oppong is advocating for a shift in paradigm from the four traditional factors of production to a fifth factor which he identifies as authority.

According to him the global economy is not created or run by capital, labour, management or natural resources but rather by cooperating lords of intelligence acting organically as the mind of the earth. Dr Nana Oppong was speaking at a press briefing to officially launch a program dubbed the ” Greatest Economic Gift to the World” in Accra Wednesday.

He says in a law ordered world where standards, compliance, licences, and permits with sanctions become inescapable conditions and prerequisites for the use, production and distribution of economic materials and services, legal authority which he describes as the greatest economic gift to the world emerges as a necessary and independent factor of production.

Dr Nana Oppong observed that the reason for the continuing failures and poverty of the economies of African and other poor nations was their inability to harness the fifth factor of production which the rich and industrialized nations have over the decades made intelligent and creative use of thereby setting them apart as authorities in running the world economy.

He said until poor nations started taking learned actions to create their own authorities to run their economies, those nations will remain poor and have no place in global affairs. He called on all stakeholders in the affairs of African and other poor nations of the world to come together and work to ensure that the interest of the poor and marginalized is justly represented on the global scene.

The launch was chaired by Prof. Martin Guambra president of the University of Applied Management as well as other dignitaries including Me Joseph Osei Yeboah an independent presidential candidate on Ghana’s political scene.