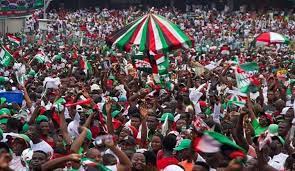 The NDC in the Volta Region can authoritavely confirm the shortage of fertilizers in the Volta region after a thorough investigation of complaints by farmers in almost all districts and municipalities within the region.

The farmers in the Volta Region are finding it difficult to get fertilizers such as NPK, Sulphate of Ammonia and Urea to facilitate their farming activities. The situation is worse within the Anloga, South Tongu, Agotime-Ziope, Adaklu Districts and Keta, Ketu South and Ketu North Municipalities within the Region.

The frustrating shortage has resulted in the incidence of hoarding of fertilizers for sale to farmers at astronomical prices.

The shortage of Fertilizers has resulted in small scale farmers standing long hours in queues for Fertilizer but they eventually go home empty handed, even though they have the means of paying for the subsidized fertilizers.

There are isolated cases of some farmers having to go and buy Fertilizers from Togo to facilitate their farming activities in Ghana.

Another problem faced by the famers is their reluctant resort to the exorbitant prices of open market fertilizers due to the non availability of the subsidized ones. A 50kg Urea of Yara brand goes for GHC 250 making it pretty difficult for most farmers to afford.

The farmers who are able to afford the open market cost of Fertilizers are also counting their loses as they are not able to recoup all the money invested in their farming activities.

The vegetable farmers are not the only ones suffering, those into maize and rice farming have also been affected by the wide spread shortage of fertilizer within the region.

The NDC Volta is surprised about the fertilizer shortage because in August 2019, Dr. Bawumia commissioned the Glofert fertilizer factory under the 1D1F at Asuboi in the Ayensuano district of the Eastern region with a production capacity of 800,000 metric tonnes per year which is above the 600,000 metric tonnes required by Ghanaians a year.

We are at lost why the Agric Minister will say Ghana will soon have a fertilizer manufacturing plant to produce fertilizers locally when Dr Bawumia already commissioned one.
Where then is the Glofert fertilizer factory commissioned by Dr. Bawumia in 2019?

The NDC in the Volta Region can say without an iota of ambiguity that the flagship programme of the Nana Addo government which is the “Planting for food and jobs” is woefully failing in the Volta Region and the people are calling for the Block Farming system that was introduced under the NDC.

The NDC Volta agrees with the call made by H.E John Mahama about shortage of fertilizers and wish to call on president Nana Addo and the Minister of Agriculture to as a matter of urgency resolve the disturbing shortage of subsidized fertilizers in the Volta Region in order to alleviate the plight of farmers.