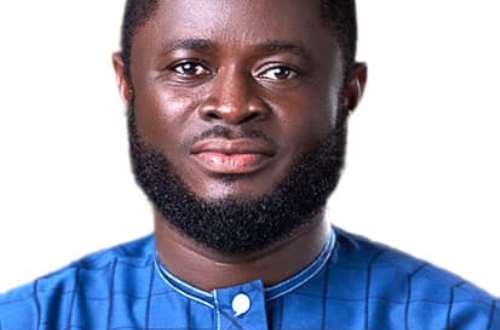 A youth activist, Peter Danso Kente has been elected as the Youth Organiser of the Ayawaso West Wuogon (AWW) constituency  in the Greater Accra Region.

He pulled 465 out of the total votes cast to beat off competition from two others, Pius Sedzi Baffoe and Francis Kumi who pulled 250 and 238 respectively in the keenly constested constituency election held on Sunday May 8, 2022 as part of the Greater Accra region constituency elections of the New Patriotic Party.

An elated Peter Kente who is often referred to as the Eye of the Youth in Ayawaso West Wuogon thanked the delegates of the party for the confidence reposed in him and assured of servant leadership through sound policies for the development of the youth of the party and beyond in order to break the eight.

According to him, his vision is to build a dynamic and united youth from AWW capable of contributing towards breaking the eight (8) for the NPP and the mission is to actively mobilise a rejuvenated and a well-motivated youth of the Ayawaso West Wuogon constituency based on sound policies for the break the eight Agenda and beyond for the NPP.

He also reiterated his promise to collaborate with Electoral Area Coordinators for development of a comprehensive data base of the youth as a matter of policy in order to inform strategic and operational decisions of the party in the constituency.

Kente as he is affectionately called by his peers in the constituency assured of his determination to facilitate the AWW share of the YouStart initiative under the Ghana CARES programme to promote businesses of young entrepreneurs in the constituency whiles creating and promoting inclusivity among the youth of the party.

Other policy objectives of the new Constituency Youth Organiser are to awaken the spirit of volunteerism among young people to foster growth and development within the constituency and to promote the ideals of the NPP among tertiary students through the pursuits of youth-related activities at campuses in the constituency.

“The MOVE is to include everyone to become relevant, nobody will be left out”, he stated.

Peter Danso Kente has served the NPP  in his many years of political experience where he served as a polling agent for the party in constituency and has also served as a Polling Station Executive from 2012 to 2022.

The newly elected AWW Constituency NPP Youth Organiser was in 2014 elected Vice President of the Tertiary Education Students’ Confederacy of NPP (TESCON), University of Ghana, Legon where he had his first degree.