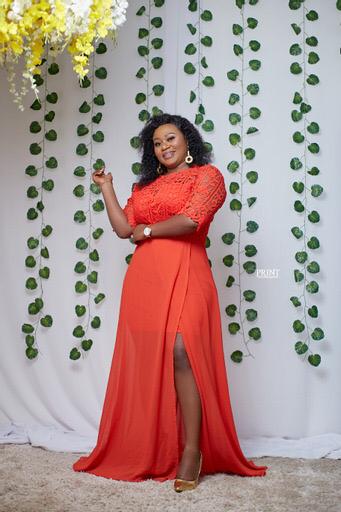 Television host and a parliamentary correspondent Afia Kwarteng Asamani (pupillary known as Authentic Mama- Afia Nahiiii) has been nominated in the TV Presenter of Year category.

Afia Nahiiii as she is affectionately called by her fans is also co-Mc to popular Tv reality show ‘Di Asa’ on Atinka Tv.

The award is to recognize, honor and celebrate a cross-section of Ashanti Region’s most influential and accomplished personalities, organizations and companies from a wide range of industries, who are committed to the socio-economic development of the Region.

The Awards ceremony would be held on Saturday, July 10th at The Great Hall, Kwame Nkruma University of Science and Technology (KNUST).

Below is the nomination letter from the organizers.

Congratulations! You have been nominated for the maiden edition “Garden City Awards 2021 – Ashanti Regional Achievement Awards”.

Garden City Awards is to recognize, honor and celebrate a cross-section of Ashanti Regions most influential and accomplished personalities, organizations and companies from a wide range of industries, who are committed to the social economic development of the Region.

This prestigious awards program will recognize and reward excellence across all sectors in the Ashanti Region of Ghana. Additionally, provides a platform to recognize individuals and companies across industries that play a significant role in the growth and development of the Region.

The award also promises to serve as a springboard for many who aspire to reach higher heights with their works and efforts and also serve as a Regional platform for recognizing the great works of it constituents. This project is brought to you by RAD Communications Limited.

You have been nominated for the Garden City TV Presenter of the Year Category.

We look forward to seeing you.

Thank you and God Bless You.