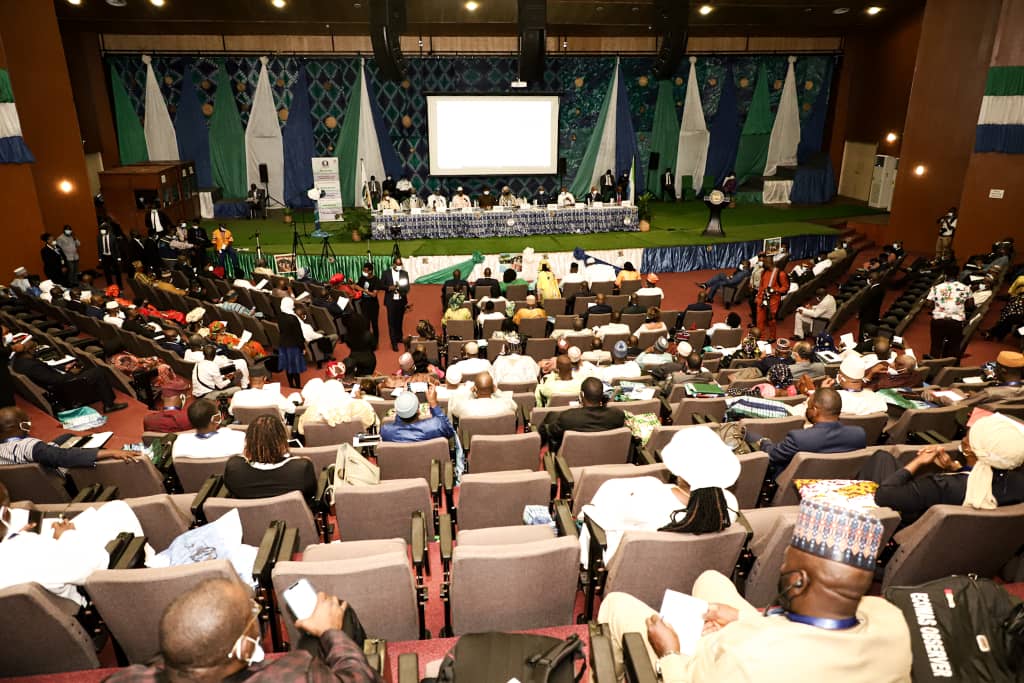 The President of the ECOWAS Commission, H. E. Jean-Claude Kassi Brou, attended the First Extraordinary Session of the ECOWAS Parliament for the year 2021 in Freetown, Sierra Leone which opened on the 29th of March 2021.

While thanking H.E. Julius Maada Bio, President of the Republic of Sierra Leone for gracing the Session, President Brou condoled with him, the government and people of Sierra Leone on the passing of H.E. Momodu Munu, former Executive Secretary of ECOWAS (1985 – 1989) as well as Colonel Abdul Rahman Rogers, on duty at the Commission with the ECOWAS Standby Force. He also sympathised with victims of the fire disaster that happened in the Susan’s Bay neighbourhood of Freetown.

President Brou in his welcome address lauded the initiate of the Speaker of the ECOWAS Parliament, H. E. Sidie Mohamed Tunis for convening the Session for the Parliament to consider its strategic plan for 2020 to 2024.

“This Strategic Plan is indeed an important tool to give structure to, and efficiently drive the work of the Parliament. The Strategic Plan is an actual compass, as it aligns with the development priorities of the region. It focuses on the people’s participation in the affairs of the Community, which is in line with the ECOWAS Vision of creating an “ECOWAS of People”, he said.