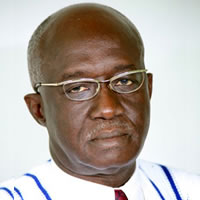 Information reaching africanewsradio.com indicates that, the former MP and Minister joined his ancestors on Thursday, October 14, 2021 on the way to the hospital.

He was said to have suffered stroke after taking a short trip to his hometown recently.

Close sources told Africa Newsradio that the 65 year old Former MP was rushed to the Legon hospital where he died on arrival on Thursday, 14th October, 2021.