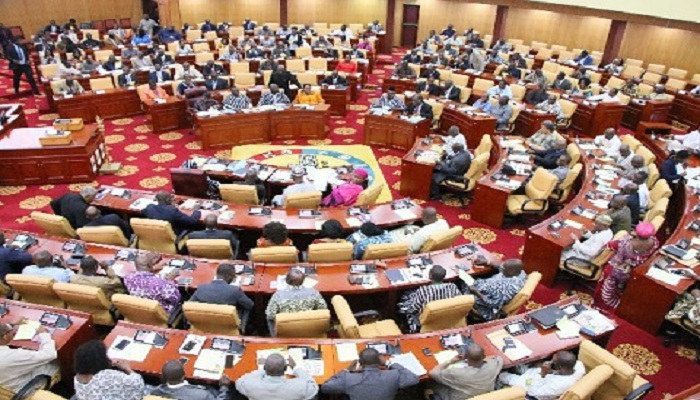 Tax experts have strongly recommended for the immediate passage of the Tax Exemptions Bill into law as soon as possible to ensure that the unregulated and immeasurable tax incentives offered to politically favored business entities and individuals are limited to the barest minimum.

These according to them, would ensure that the persistent yawning gap in tax revenue mobilization in relation to the country’s Tax to GDP ratio is bridged thereby improving the general wellbeing of the country’s economy.

According to Statistics by the Organization for Economic Co-operation and Development (OECD), though the tax-to-GDP ratio in Ghana increased by 0.3 percentage points from 13.8% in 2017 to 14.1% in 2018, in comparison, it was still lower than the average of the 30 African countries in Revenue Statistics in Africa 2020 (16.5%) by 9.0 percentage points and also lower than the Latin America and the Caribbean (23.1%).

Tax Exemptions or Tax Incentives are also called Tax Expenditures which are supposed to appear in the budget. The Minister of Finance is supposed to give an account to the people concerning how much of the country’s tax money is being given out as Tax Incentives in a particular year, but there is no report on that.

It is estimated that about 2 to 5 percent of the country’s GDP is lost through the granting of Tax exemptions to business entities whose real contribution and benefits to the economy are not properly assessed. The actual amount lost is estimated to be between 1.2 Billion Dollars and 3 Billion Dollars every year.

A Tax advocate from the Integrated Social Development Center (ISODEC), Mr. Bernard Anaba, told Africanewsradio.com in an interview that, a research by the World Bank conducted in 2013 but published in 2017, indicated that, every 1 Cedi that is invested in Ghana, between 6 to 12.5 pesewas is given away as Tax incentives to sometimes amorphous business entities to the detriment of the economy at the expense of the Ghanaian Tax payer.

According to him, the Tax Exemption Bill is well placed to harmonize the various tax incentives scattered in different authorities into one body to ensure uniformity and proper monitoring and evaluation for proper application of the incentives to the most important areas of the economy.

The Fate of the Tax Exemption Bill now

However, the Tax Exemptions Bill which was laid in Parliament over a year ago, may not see the light of day before the life of the Seventh Parliament of the Fourth Republic of Ghana expires at the dawn of January 6, 2021 following the December 7, 2020 Presidential and Parliamentary elections which would usher in a new Government and a new Parliament after the expiration of a successful term of four years.

An example of such a transaction in a form of a Bill which had to straddle different Parliaments under different Governments and under the administration of the two main political parties in the country, is the Right to Information Bill which has now been passed into an Act after almost 20 years. This followed the persistent pressure and advocacy by stakeholders in the media; civil society; and the general public; about the need for a Right to Information regime to complement the fledgling democratic process in the country.

The Clarion Call and Recommendation by the Expert

Similarly, there is a clarion call for the passage of the Tax Exemptions Bill into law as soon as possible in order to block the revenue leakages which are syphoned through a porous Tax Incentive regime in the country. For now, it appears the weaknesses in the current Tax Incentive regime are being exploited by the political elite to favour business entities associated with their friends and cronies.

A Senior Law Lecturer and Tax Consultant, Dr. Abdallah Ali-Nakyea of Ali-Nakyea & Associates, has recommended for the Tax Exemption Bill to be one of the first Bills to be passed into law by the Eight Parliament if the Seventh Parliament fails to get it passed before it expires, because that is what will save the nation from unwarranted revenue leakages.

“I am yet to see the full details in that Bill, but at least we will have a reference point whether the people or companies meet the conditions of the exemptions or not. It is better than now where we don’t have any reference and anybody comes on to benefit. But when there is a law, you must meet the requirement or the provisions of the law,” he told africanewsradio.com in an interview.

The current Tax Incentive regime is prone to some inherent weaknesses which are subject to abuse. It lacks effective control; no monitoring of reliefs, concessions and exemptions; Granting of exemptions by different governmental agencies are uncoordinated, leading to duplication. Also, there is no system for sharing information on companies or individuals enjoying exemptions and incentives by the various stakeholders; coupled with the inability of the system to determine numbers enjoying tax incentives under the various institutions and laws.

In the words of Bernard Anaba, Tax Advocate with the Integrated Social Development Center (ISODEC), “It is difficult to understand why the Finance Minister will sponsor a Bill and will not be keen on making it go through and get it passed.”

According to him, it is one of their concerns now as a Civil Society Organization that, even though Government would want them believe that they have realized the problem and have sponsored a Bill to Parliament to solve it, yet they are not so keen on passing the Bill.

He therefore surmises that there are a lot of different interests at play with pressure from the business community and the people who stand to benefit from the status quo. And that, if there is a Bill that curtails the benefits, there are people that will fall out with it. So, the interest groups which may not want it to be passed, would do everything in their power to stop it.

“When you look at the Bill, it talks about people who supply goods and services who also find a way of benefiting from these incentives. These are businesses that in normal cases are not supposed to benefit from this kind of incentives, but find a way of benefiting from it. So, if you have a Bill that comes to rationalize it, a lot of people may not have their way again.

“For instance, if you look at the Presidency, it is supposed to be for the President and his personal effects but usually they use the Office of the President. So, all sorts of incentives go through in the name of the President which doesn’t go actually to the personal benefit of the President. That is why I am saying that there are various interest groups which may not necessarily be happy with such a Bill which seeks to rationalize the Tax Exemption regime,” he said.

From the foregoing, there is the need to pass the Tax Exemptions Bill: to streamline the tax incentive and governance structure; renegotiate all agreements on incentives; review legislation on incentives to minimize revenue leakages; and have one central body to monitor the administration and use of tax incentives.

The Tax Administration must undertake impact analysis of the various tax incentive legislations with a view to repealing those that are retrogressive and develop a system for withdrawal of incentives for non-compliance with conditions.