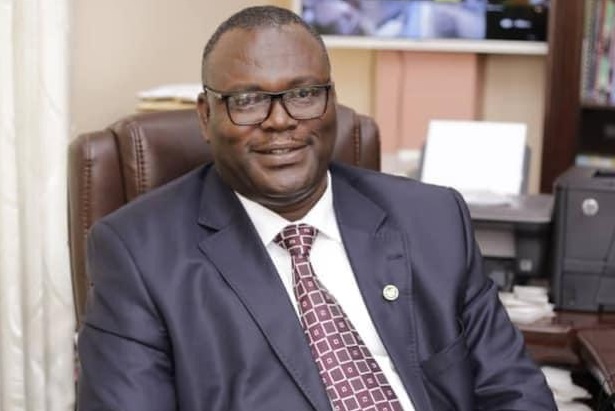 The blanket approval of Tax incentives to business entities by Parliament without any proper statistical evidence of the purported benefits accruing to the state and the proper monitoring systems put in place to ensure accountability, continues to raise concerns about Parliament’s oversight responsibility in granting these Tax Incentives. Especially when they are pushed through at the very last day of Parliamentary sitting.

“The Finance Committee should never ever accept any Bill on tax in their last minute. Neither should they accept any request for exemption. These two: amendment to a Tax Bill; and a Tax Exemption; are serious documents that can affect your income domestic revenue mobilization. So, these need critical analysis and discussions.” Senior Lecturer at the University of Ghana School of Law, Dr. Abdallah Ali-Nakyea, told africanewsradio.com in an exclusive interview.

Tax Incentives are supposed to be tools in the hands of a government to ensure that companies are incentivized to bring some benefits to the people in the country. However, the tax incentive regime in the country seems to have brought very little benefit to the people of Ghana over the years because these so-called benefits which cannot be measured is lending credence to the belief that perhaps Parliament is failing at exercising proper oversight over the Executive in this sector.

At the risk of short changing the Ghanaian Tax payer and ditching the economic interest of the State, the Parliament of Ghana on the very last day of sitting of the Seventh Parliament before it left for its last recess for the Christmas holidays, approved a number of tax incentive agreements worth a huge fortune to the tax payer in the Cedi equivalent of the various denominations in which the incentives were granted.

These figures put together are in excess of a Hundred Million Dollars. Yet the same Parliament has, on a number of occasions, approved loan agreements for a far less value but a high interest rate and sometimes unfavorable social, political or economic conditions to the developmental needs of the country’s fragile economy.

While there is a strong perception out there that some of these incentives which are ostensibly meant to waiver taxes on machinery, equipment and raw materials to be procured by companies in or outside the country for a specific strategic purpose, they are unfortunately doled out to companies which belong to or associated with friends and cronies of the government of the day. This perception is further enforced by the late submission of these agreements to Parliament for approval without proper scrutiny.

Concerns by the Tax Expert

Though there are some merits in the granting of tax incentives to companies for strategic reasons in the economy, some tax experts such as Dr. Abdallah Ali-Nakyea, have been concerned about the last-minute submission and approval of these tax agreements to Parliament, which leaves very little room for the Legislature to do a proper scrutiny of the request for approval made by the Executive.

The Senior Law Lecturer and Director of Ali-Nakyea & Associates cautioned that amendments to a Tax Bill and a Tax Exemption,” should never ever be admitted for discussion in their last sessions. In fact, in the last quarter of the year, none should be entertained. You will need them at the beginning of the year so that it goes through the full cycle of debate and analysis.”

According to him, “Article 174 (1) of the Constitution is clear that it is only Parliament that can impose taxes and duties, and so 174 (2) goes on to give them the power to grant an exemption, variation or waiver from the payment of taxes. And that any person or authority given power to waive or vary a tax cannot do so without prior approval of Parliament. This is where their power is and so, I don’t know why they don’t want to guide it jealously for the benefit of Ghana.”

Lack of Monitoring and Evaluation system

The grounds on which the tax exemptions are granted have not been clearly assessed over the years to give an indication as to whether the targets have been achieved. For instance, some of the reasons canvased for the approval of Tax Incentives include the need: to encourage manufacturing by reducing cost of production; to honour conditions for aid funded projects governed by international treaties and agreements; to honour diplomatic privileges; to promote international competitiveness of non-traditional exports; for equitable spread of industries across the country; to promote the agricultural sector; and to boost employment among others. Yet, there are no statistics to measure its success or failure.

Suspicions of the Tax Advocate and the Tax Exemption Bill, 2019

A Tax Advocate with the Integrated Social Development Center (ISODEC), Mr. Bernard Anaba, believes that one of the ways to curb this revenue leakage is to pass into law, the Tax Exemption Bill, 2019 currently before Parliament.

He however suspects that some business men and interest groups have succeeded in neutralizing the commitment of the Government of the day and the Leadership of the currently expiring Seventh Parliament from passing the Tax Exemption Bill which has been before the House for the past one year without much progress on it.

“It is difficult to understand why the Finance Minister will sponsor a Bill and will not be keen on making it go through and get it passed. That is our concern now that even though they have realized the problem and have sponsored a Bill to Parliament, they are not keen or other people are not so keen on the Bill. There are a lot of different interest from the business community and the people who stand to benefit,” he speculated.

The immediate passage of the Tax Exemptions Bill, 2019 has been strongly recommended for the harmonization of all the laws for Tax incentives into one body which would ensure their effective monitoring and evaluation in order to block all the tax revenue leakages in the system. The clarion call therefore, is for the Government and the Parliament of Ghana to do the right thing.