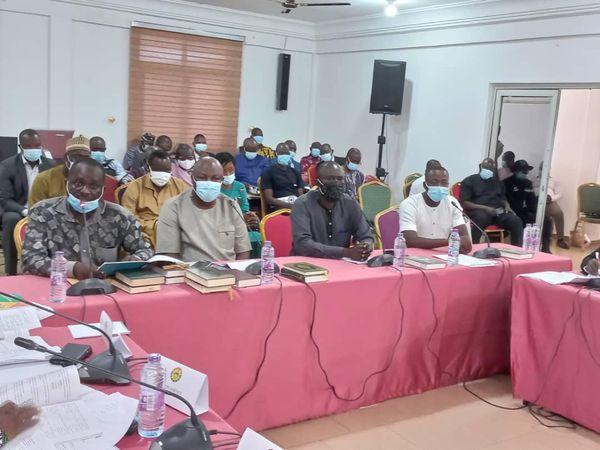 The Chairman of the Public Accounts Committee (PAC), James Klutse Avedzi, has called for the Committee to be granted the powers to take some immediate actions against persons cited in the Auditor General’s report for misapplying or misappropriating state funds.

Mr Avedzi, who is also a Member of Parliament for Ketu North and Deputy Minority Leader expressed worry about the continued disregard for the public financial management laws. He said this in Tamale on Monday at the start of a week-long sitting by the Public Accounts Committee of Parliament (PAC) to consider the 2017 report of the Auditor General for some public institutions in the Northern, North East, Savannah, Upper East, and Upper West Regions.

Four reports of the Auditor General being considered during the Committee’s Regional Public Hearing include the Technical Universities and Polytechnics reports, pre-tertiary educational institutions report, the Metropolitan, Municipal and District Assemblies’ report (management and utilization of the District Assemblies Common Fund, and the Internally Generated Funds and other accounts).

He spoke about the powers of PAC to fight irregularities contained in the Auditor General’s report, saying as things stood now the “PAC can only make recommendations to the House and when the House approves our recommendations, it goes back to the various institutions cited for implementation of the recommendations.

Hon. Kofi Okyere Agyekum, Ranking Member of the PAC said it was necessary to sanction people, who engaged in misappropriation and misapplication of state funds as well as recover the funds for the state.