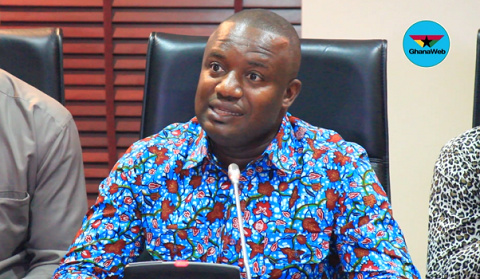 Talks in Parliament’s Select Committee on Finance has broken down over the Government of Ghana’s intention to reacquire shares from the Deep Water Tano Cape Three Point (DWT/CTP) Block being managed on behalf of the licensed partners by Aker Energy.

Aker Energy’s other partners on the DWT/CTP Block are Lukoil who have 38%; Fueltrade with 25; and Ghana National Petroleum Corporation (GNPC) which also owns 10% shares.

However, Aker Energy is looking to sell part of its 50% participating interest in the (DWT/CTP) Block in Ghana, which includes the Pecan development project which the Government has expressed interest in.

The Norwegian oil operator has struggled to mobilize the funding and to sustain the development of the offshore field after the COVID-19 disaster.

The Members of the Minority Group on the Finance Committee have demanded for further and better particulars on the deal and are insisting on due diligence, according to a latest briefing from the group.

Addressing the press in Parliament on Tuesday, August 3, 2021 after a long-dragged Finance Committee meeting on the terms of the agreement, John Jinapor, speaking on behalf of the Minority Group on the Committee, insisted that the deal which was presented to them for approval, was not fit for purpose.

“Today at the meeting, the Minority side insisted that some additional work ought to be done in terms of further validation and proof of the figures that have been provided. And so, we want to assure you that the Minority will stand committed; we will ensure that the right thing will be done,” he assured.

Mr. Jonapor said, “We have made it clear to Government that, they should go back and do all those works and brink it to us so that we will do further scrutiny.”

The Minority has also served notice to ensure a thorough scrutiny of each of the documents involved in the transaction in order to ensure that the interest of the country is not shortchanged.

“Secondly, we want to take every single request and memorandum item on a case by case bases. We are not doing an omnibus one. So, be rest assured that the Minority will do due diligence; would peruse all the issues; and eventually, we would take the interest of the state into consideration at the end of the day,” he assured.

The Akufo-Addo led Government made an amendment to the Deep water Tano Cape Three Points Petroleum Agreement which significantly reduced the state’s share of the partnership invested in the GNPC’s Explorco. A company that was set up to build operating capacity of the state’s hydrocarbon company.