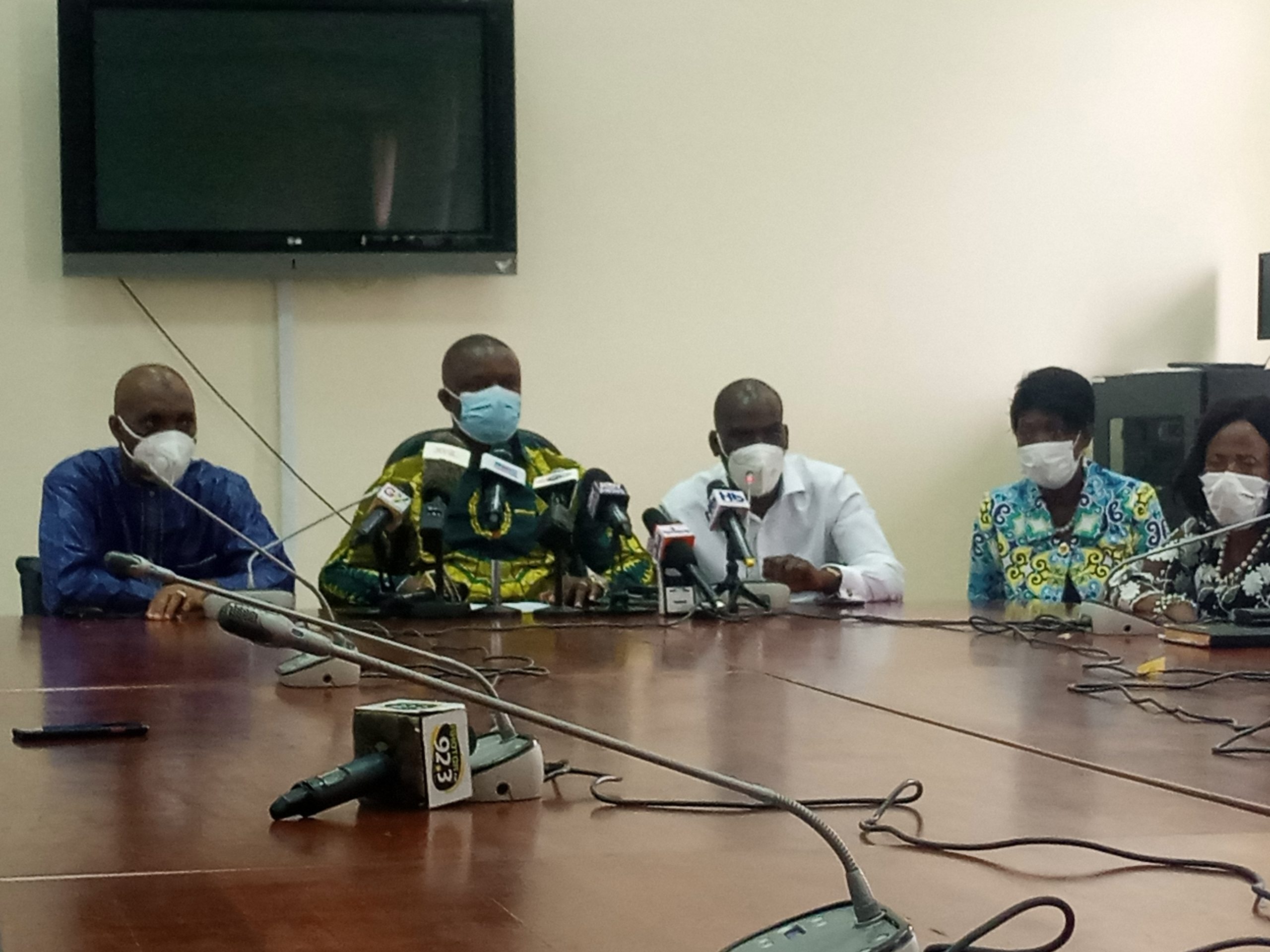 Government’s Mismanagement of Energy Sector is Cause of “Dumsor” – Minority

The Minority group in Ghana’s Parliament has identified financial crisis, political interference and mismanagement in the energy sector by the Akufo-Addo Government as the true reasons for the current intermittent power outages in the country which is popularly referred to as “dumsor”.

Addressing a press conference in Parliament on Wednesday, April 28, 2021, the Minority Spokesperson on Mines and Energy, John Abu Jinapor said the energy sector was in a deep crisis and that officialdom has not been candid with the people on the true state and cause of the current power outages being experienced in the country.

According to him, the NPP government has completely derailed the successes chalked under the erstwhile NDC government under former President Mahama and dissipated the resources the previous government bequeathed to this government.

“It is a well-known fact especially among energy sector players that the current outages in the country is due to financial challenges and not because of technical challenges as being claimed by GRIDCo and Government officials.

“This is because the transmission lines and transformers are congested due to under investment and lack of regular maintenance arising from the poor financial health of the energy sector SOEs.

“From the forgoing it is obvious the current load shedding (Dumsor) being inflicted on Ghanaians is as a result of mismanagement and unnecessary political interference by the Akufo-Addo Government in the management of the Energy sector,” he said.

According to the Ranking Member on the Parliamentary Select Committee on Mines and Energy, government’s attempt to deceive Ghanaians with incoherent excuses and explanations by government officials and contradictory statements by political attaches are part of the problems facing the sector.

“It should be noted that since the beginning of the year, GRIDCo alone has given six different reasons for the major national outages aside the intermittent localized blackouts, with the most ridiculous reason being attributed to trees falling on high tension transmission lines.

“As if that was not enough, the ECG, GRIDCO and the Hon. Minster has been providing conflicting timelines on when this debilitating power crisis will be resolved,” he said.

Ghana has been experiencing some intermittent power outages since the beginning of the year 2021. However, the Ghana Grid Company Limited (GRIDCo), the country’s main power transmission company has explained that though it was facing some system challenges which triggered a system shut down in March, the current shut downs being experienced are as the result of an ongoing maintenance and repair works on a number of its equipment and plants.

The Minority group has then proposed 10 solutions towards ensuring reliable and uninterrupted supply of power in the country including: The Publication of a power outage timetable across the country; Government cutting down on wasteful expenditure and Inject capital into the power sector especially GRIDCo; Government desisting from political interference in the management of the Energy sector by political appointments; and a recommendation for Government and its communicators to desist from engaging in the propaganda on excess capacity and come out with a formula for absorbing capacity charges as part of operating cost.

In addition, the Minority proposes that “Power sector managers must ensure that they pursue Long term planning to ensure fuel security for generating assets at the least cost possible; Government must allow Independent Power Producers (IPPs) to take the responsibility for their fuel supply requirements; Immediate steps must be taken to aggressively address ECG’s spiraling technical and commercial losses currently estimated by its worker unions at 34%; The Ministry of Energy must conduct a comprehensive reconciliation of the total indebtedness of all players including government and its SOEs including (GNPC, GNGC, VRA, GRIDCo, CENIT, ECG, NEDCo) in a transparent manner.

“The Ministry of finance must take steps to utilize the $1 billion sovereign bond borrowed in 2020 to address the financial challenges of the Energy sector; Government must ensure that Energy sector SOEs Publish details of their financial statements including details and ageing of their indebtedness as well as debts owed to them on time; and finally, Government must come clean on the current power crisis as a matter of urgency and desist from engaging in blame games.”

Adding that Shifting blame and providing conflicting information only goes to exacerbate the crisis which is threatening lives and businesses across the country.