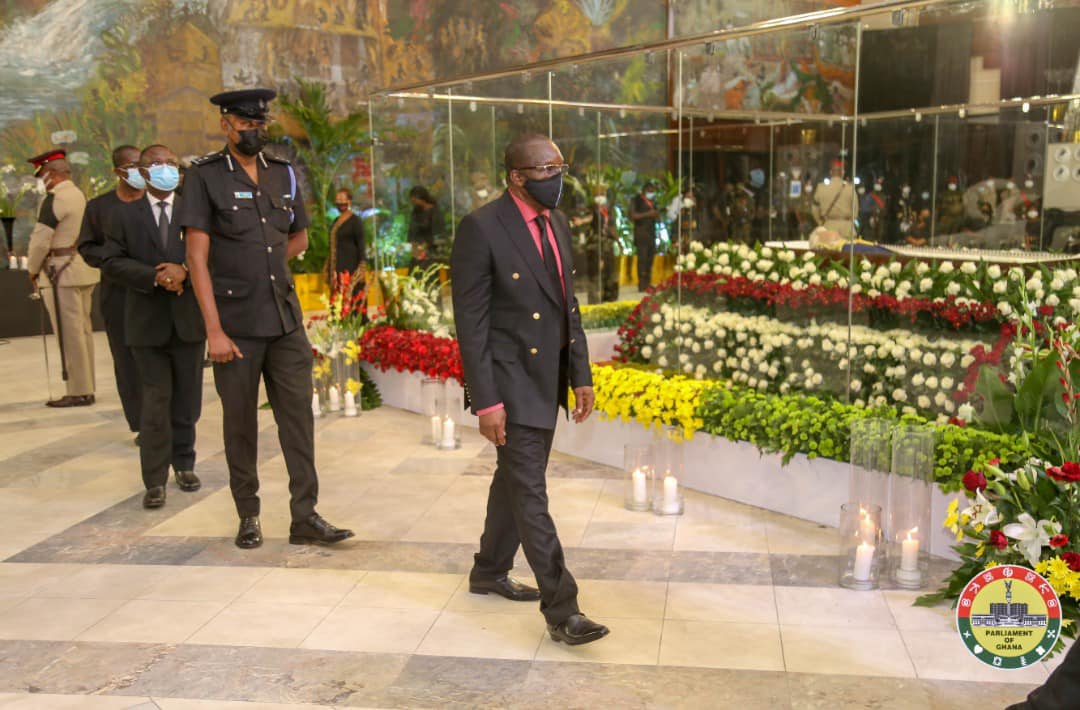 Leadership and Members of the Parliament of Ghana have paid their last respect to the memory of the Late Former President Jerry John Rawlings who founded the most enduring Republic in the country’s history.

The Speaker of Parliament, Alban Sumana Bagbin and his deputies as well as the Leadership of the House and Members of Parliament took their turns to file pass the remains of the Former President which was laid in state at the Foyer of the International Conference Center as part of the State funeral.

The State funeral which begun on Sunday, January 24, 2021 where a mass service was held for him at the Hoy Spirit Cathedral in Accra, would be climaxed at the Independence Square with the final state funeral ceremony and burial service on Wednesday, January 27, 2021.

The Former President who is credited as the founder of the Fourth Republic which has so far been the most enduring Republic in the West African country’s history since 1993, is also honored for ushering the country back into this current democratic dispensation and has helped to nurture it until now.

The Members of Parliament and the people’s Parliament which is the fulcrum around which democracy revolves, came in their numbers to pay their last respect to the man who ensured that democracy became the preferred system of government.

The Late Former President is expected to laid to rest at the Ghana Armed Forces Military Cemetery at Burma Camp in Accra.