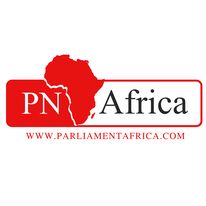 The Parliament Engagements and Networking in West Africa (OPEN West Africa) project has been launched in Accra, Ghana by the Parliamentary Network Africa (PNAfrica).

The project which was launched on August 17, 2021 at the Fiesta Royal Hotel in Accra, will enhance peer-to-peer sharing of experience and best practices towards promoting parliamentary openness across national and subnational legislative bodies.

The role of parliamentary monitoring by non-state actors towards the promotion of openness has been emerging in Africa over the years. Studies have shown that PMOs encounter enormous challenges in their monitoring of parliament, especially in relation to having access to information.

This and the lack of platforms or communities of PMOs within and across sub-Saharan Africa does not help to achieve the ultimate goal of effectively strengthening parliamentary transparency, accountability, responsiveness, and increasing citizens participation in African parliaments.

To help address these problems, the OPEN West Africa project is being implemented by Parliamentary Network Africa (PNAfrica) with support from the National Endowment for Democracy (NED).

Through the OPEN West Africa project PNAfrica will support the creation of platforms that will enhance peer learning and experience sharing among PMOs in West Africa through regular dialogue and resources sharing in order to equip them with skills that will strengthen the capacities of PMOs
to effectively monitor parliaments which are cornerstone of democracy in Africa, and towards strengthening transparency, accountability and inclusiveness across the parliaments in the sub-region, including regional Parliaments.

The project inception meeting hosted parliamentary experts from across the world to share lessons of network building and maintenance, effective parliamentary monitoring, and identified the challenges that PMOs face on the continent of Africa.