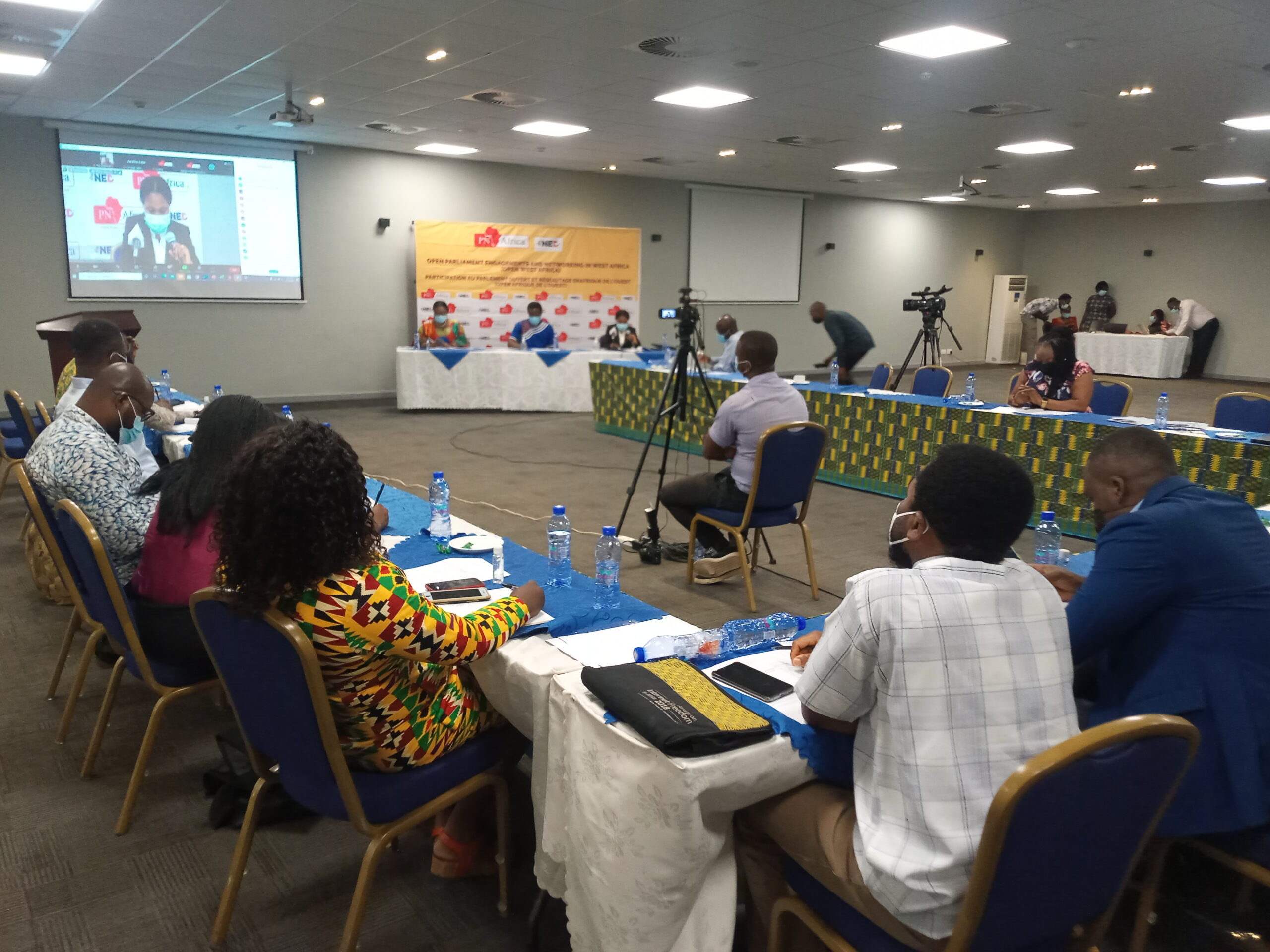 A dedicated desk has been set up by the Parliamentary Monitoring Organization (PMO) based in Ghana, the Parliamentary Network Africa (PNAfrica), to work and collaborate with organizations, Corporate Ghana and individuals, who are interested in bringing a Private Members’ Bill (PMBs) to Parliament.

The decision to establish the PMBs desk was informed by the strong interest of participants at a webinar organized by PNAfrica to commemorate the journey so far in the implementation of a motion adopted in the 7th Parliament of Ghana to start admitting Private Members’ Bills after a long drought.

July 16th, 2021 marks exactly one year since the 7th Parliament of Ghana adopted a motion to start admitting Private Members’ Bill (PMB). This brought to an end the old regime where only the Executive arm of Government had the sole prerogative to introduce Bills in Parliament. However, a Private Members’ Bill, should not offend Article 108 and will not be categorized as “a money bill”.

The introduction of PMB has now created the enabling platform for individual Members of Parliament (MPs) who are not Ministers of State to introduce or initiate bills on the floor of the House for consideration. It also affords non-government officials, private citizens and civil society organizations (CSOs) the opportunity to work with a Member of Parliament to initiate a Bill.

Participants at the webinar which brought together PMB experts from Ghana, Kenya and the Gambia to share useful insight and experience on the subject, yearned for an entity that will be dedicated to work closely with Parliament to ensure that PMBs once laid in Parliament get all the needed attention from Parliament.

”The webinar sought to bring to the attention of citizens, CSOs, Development Partners, and the Diplomatic Community the opportunity to use PMBs to amend an existing legislation or introduce new legislation to improve the country’s governance architecture and enhance sustainable development,” said Gilbert Boyefio, the Programmes Manager of PNAfrica, who doubled as the moderator of the discussion session.

The Public Affairs Director, Madam Kate Aaddo, called for the building of closer ties among stakeholders on issues that affect the legislative process in Ghana including Private Members’ Bill.

The Deputy Director of Legislative Drafting, Madam Sena Atsu on her part, gave a presentation which indicated that there was enough evidence in history that the concept of Private Members’ Bill in Ghana is not new.

She further indicated that, since the adoption of the motion which enabled the introduction of PMBs in Ghana, some 5 PMB Bills have been gazetted so far.

Hon. Ras Mubarak who co-sponsored the first Private Members’ Bill, on his part, raised concerns about the situation in Ghana where some Ministers who form part of the Executive arm are allowed to sponsor Private Member Legislation in the country.

He argued that the practice did not exist anywhere in the world, insisting that it defeated the very notion and purpose of a Private Members’ Bill where the sponsors are supposed to be private members and not members from the Executive.

There was however a counter argument by the Deputy Director of Drafting who indicated that, because of Ghana’s peculiar situation where some MPs double as Ministers, it would be unfair to deny them the opportunity to initiate a legislation in Parliament on behalf of the people they represent.