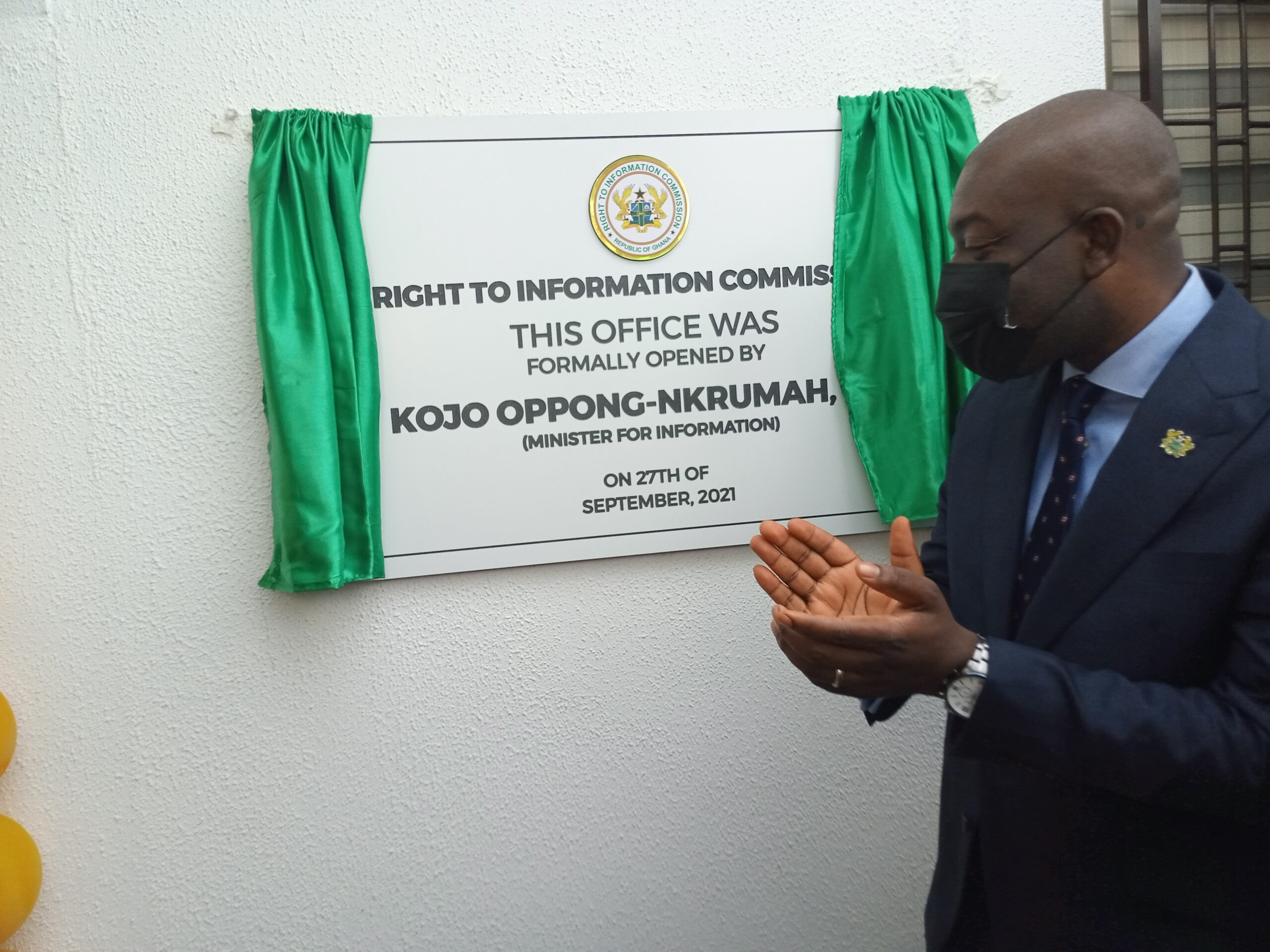 The Right to Information Commission is an independent body established under section 40 of the Right to Information Act, 2019 (Act 989) to promote, monitor, protect, and enforce the right to information which is granted to a person under paragraph (f) of clause (1) of Article 21 of the Constitution and the provisions of Act 989.

The Commission is governed by a Seven-member Board consisting of: a chairperson; one deputy chairperson; four other persons, two of whom are women; and the Executive Secretary.

The Office was officially opened by the Minister for Information, Kojo Oppong Nkrumah at a formal launching ceremony held within the premises of the office in Accra located in the Airport West Residential area.

The launch was considered as part of the celebration of the Right to Information week in Ghana instituted by the Commission in an attempt to annually create awareness about the people’s right to information.

The RTI week would be climaxed on the International Day of the Universal Access to Information which would be commemorated on Tuesday, September 28, 2021.

In his welcome address, the Executive Secretary of the RTIC, Yaw Sarpong indicated that the governing board is focused on the object of the Commission to “promote, to protect, to monitor and to enforce the Right to Information as provided by Article 21 paragraph 1(f) of the 1992 Constitution.”

According to him, the Commission has so far submitted to the office of the Minister of Information, draft guidelines for the preparation of information manuals by public institutions as provided for in the RTI Act.

Mr. Kojo Oppong Nkrumah, whose Ministry of Information spearheaded the implementation of the RTI Act also indicated in his speech that, “the opening of this head Office is a significant milestone in the implementation programme. It further demonstrates the Government’s commitment to transparent and accountable governance and the fight against corruption.”

He also commended the Commission for the work done so far while he also admonished them to step up their action in three areas.

“Step up the public education requirement as imposed on you by law, so that more people can know of the function of the functioning of the RTI Act and how to access it; (2) Continue to work with us to quickly complete the Legislative Instrument that is to be laid before Parliament, so that the necessary impetus can be given to the Act to function fully; and (3) do not hesitate to call out and even sanction public institutions that fall fowl of the RTI law.”