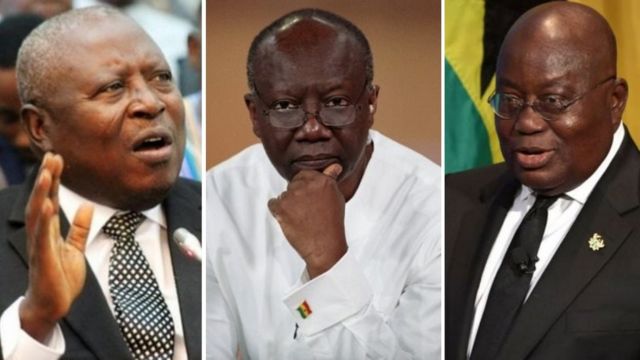 It was on Monday, November 16, 2020, where I was enjoying my rest from the hassle of the week. For
the past few years since I got married, Mondays have alaways been my resting days where I try to stay
away from rigorous activities and try to take some rest because my week does not end on Friday as it is
for others but rather late on Sunday. Therefore, Monday, which is the day of my birth has naturally
become the day where I try to put things into perspective to start my week from Tuesday.
This well-deserved rest of mine was not meant to be on this particular day, it was rudely interrupted by
a news item which was almost cataclysmic. When I finally confirmed that the information I was hearing
was indeed real, I asked myself whether this month of November, which happens to be my birth month,
could be any more loaded with epoch making events than it has already been, coming from the back of
the news of the demise of the founder of the Fourth Republic of Ghana, Flt Lt Jerry John Rawlings.
I was awoken from the stupor of my day of rest by a neighbor who called my attention to the disturbing
news in the late afternoon. He had wanted to cross check with me whether indeed what he had
overhead from one of the radio stations about the resignation of the Special Prosecutor was the case,
given my background as a journalist.
“Uncle Clement, have you checked any of your platforms yet”, he initially quizzed. I was confused about
what he was driving at. I stuttered a bit and asked him to explain himself. “What do you mean”, I said,
with a curious face waiting for his answer. “Oh! I thought you have checked one of your numerous social
media platforms to confirm the news” he said.
By this time, my mind was all over the place trying to make sense of the whole situation trying to make
sense of the request from my neighbor but nothing was registering. I begun to think whether he was not
aware of the demise of the Former President about a few days ago, and therefore assumed that he
wanted a confirmation of that news. Then I remembered that JJ’s sudden death had already been part
of our discussions during the weekend. In fact, the previous day. Then I begun to think, is it that the
Former President had defied all protocols to resurrect from the dead?
I was now feeling embarrassed that I was disappointing my neighbor who had all confidence in me to
have confirmed the most important news item of the day for him, but I was clueless about the whole
thing because I was not following the news.
I finally gathered courage and asked him, “what exactly are you talking about?” He responded and said,
“Oh! Haven’t you heard about the resignation of Martin Amidu as the Special Prosecutor?” Wow! I was
even more embarrassed. I exclaimed, “really!” Before I came back to my senses that I should be the one
providing the confirmation needed and not the other way around.
I said, “I am not sure that’s true. You let me check with my sources and revert.” That was enough to buy
me some time to catch up. I quickly reached out for my phone and then started snooping through all my
social media pages and platforms. To my utmost shame, the news was everywhere with the politicians
from all sides putting their own slants on the meaning of the resignation of the self-styled anti-
corruption crusader I the Government of a President who has branded himself as incorruptible and has
mainly been marketed by his party the NPP as such.

No matter the context in which one decides to look at this event, it was for me a big blow to the fight
against corruption in the country just 21 days left for the 2020 elections. Moreso when corruption was
one of the decision blocks for the 2016 elections which paved the way for President Nana Addo Dankwa
Akufo-Addo to snatch the Presidency from Former President John Dramani Mahama who is back for a
revenge in the upcoming elections.
At this point, I was still gazing at my phone with disbelief at what was unfolding with so many thoughts
flashing through my brain at the same time. It was as if I was in a trans for a short moment. I went to the
beginning of this whole OSP appointment. When the President decided to nominate Martin Amidu, a
Former Kingpin of the PNDC under Chairman Jerry John Rawlins, which latter metamorphosed into the
National Democratic Congress (NDC) party.
I remembered that many party bigwigs had warned the President against the decision, but at that time it
all seemed very convenient for the government. Some social commentators even referred to the
President’s decision to choose Martin Amidu, former Attorney General, former appointee of the
NDC/PNDC administration as a political master stroke.
Again, at the time it seemed all well and good because Martin Amidu had fallen out with the rank and
file of his party, NDC and at a point in time, openly called for the then President Mahama to be kicked
out of office in the 2016 elections because he perceived his administration to be corrupt.
I was still going through the emotions when my neighbor again asked me, “Uncle Clement, did you find
anything?” Then I came back to my senses and I responded in the affirmative. He said, “Hmm! Enie asem
aba ooo”. To wit, “then we are in trouble.”
Of course, I concurred that we were in trouble but I reckoned that my neighbor did not appreciate the
full extent of the trouble which awaited the nation in the days ahead. I decided to let sleeping dogs lie
for now because I had already taken a glimpse of the content of the resignation letter and the
subsequent correspondence to the media which had far wider implications than just the raw news of
the resignation of the nation’s Special Prosecutor.
As I write, I am still monitoring the internet which is awash with news of the OSP’s resignation and
related matters. The internet indeed is at a breaking point over the resignation of Ghana’s first Special
Prosecutor, Martin A.B.K. Amidu. History has a lot to say about these interesting times to the
generations unborn.

The writer is the Managing Editor of africanewsradio.com and parliamentnews360.com and a
Parliamentary Correspondent with the Parliament of Ghana.
Contact him via mail on senaakoloh@gmail.com