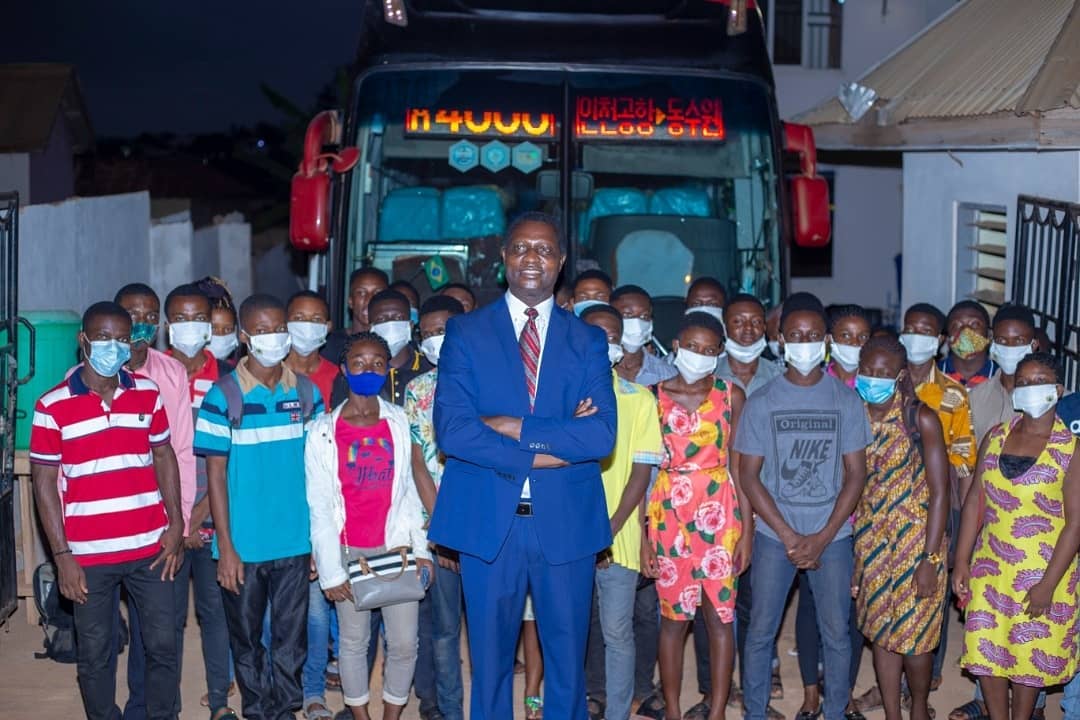 He kicked into action this ambitious project when he bid farewell to some 30 students, he has sponsored to the university who form the first batch of students who would hopefully come out as the future engineers.

“This morning, I bid farewell to 30 students from Bosomtwe who are on their way to University of Mines and Technonoly (UMaT) at Tarkwa. They are going to pursue various courses in Engineering fully funded by me,” Dr. Yaw Osei Adutwum wrote on his social media page on Monday, 11th January, 2021.

The MP who is in his second term, recounted how excited the beneficiaries of this project were and how grateful their guardians were at the point of departure to bid farewell to their wards who couldn’t have made it to the university without the benevolence of the MP.

“The excitement on their faces and that of the parents who had assembled in front of my Constituency Office building was palpable. Fees paid, accommodation provided and a bus ready to convey them to Tarkwa, I encouraged them to aim high, study hard, read wide and pursue success. My vision of ensuring that Bosomtwe gets 100 engineers within the next ten years is on course,” he observed.

The MP has received a lot of commendations on his social media page for this initiative. The people have thrown the challenge to other MPs to take up similar well thought out initiative which would upgrade the human resource of the country for national development.