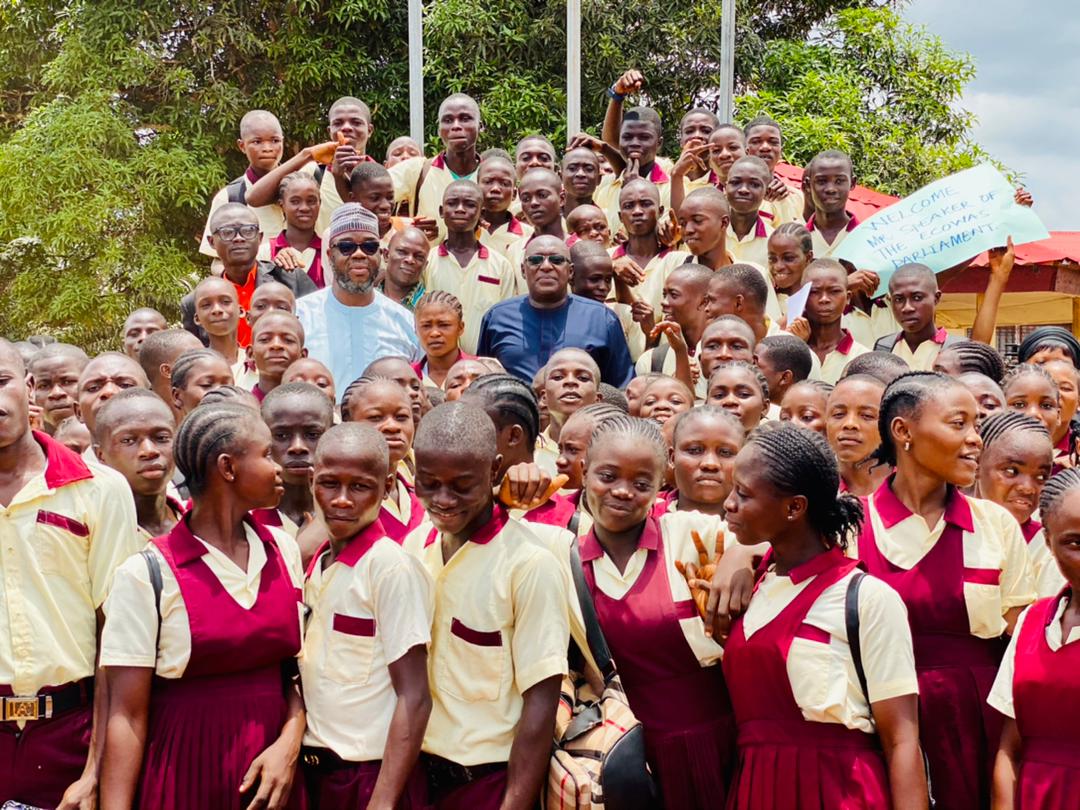 The Speaker of the ECOWAS Parliament, Mohamed Sidie Tunis has reiterated the need for concrete and deliberate actions on Women Empowerment, 25 years after Beijing Declaration.

Speaker Tunis, who was on his way to Liberia for the Delocalized meeting on Women’s n Empowerment, made this declaration on Monday 12 April, 2021 at the Mano River Bridge, when he was received by a delegation, consisting of ECOWAS staff and journalists.

He said there couldn’t have been a better venue for the Delocalized meeting than Liberia. This he said is against the backdrop of Liberia’s serial feats of electing women into prominent political positions.

“Liberia is the most suitable country to host the Delocalised meeting on Women Empowerment because it was Liberia that blaised the trail in 2015, with the election of Africa’s First Female President, Ellen Sirleaf Johnson.

“Few years later, another woman was elected Vice President by Liberians.” According to the Speaker, this is no mean feats by Liberia and deserved to be reciprocated.”

He assured the security team, which accompanied the Speaker to the border of his security and safety.

“I assure you, the Speaker is at home in Liberia, and there is absolutely no need for reservation.

In another development, Senator Snowe on Sunday, treated journalists and ECOWAS Parliament staff to a sumptuous buffet at his Sea side beach residence, where he welcomed them to the Liberty and Freedom country.

He urged all to feel at home as according to him, Liberia is safe and belongs to all of us.