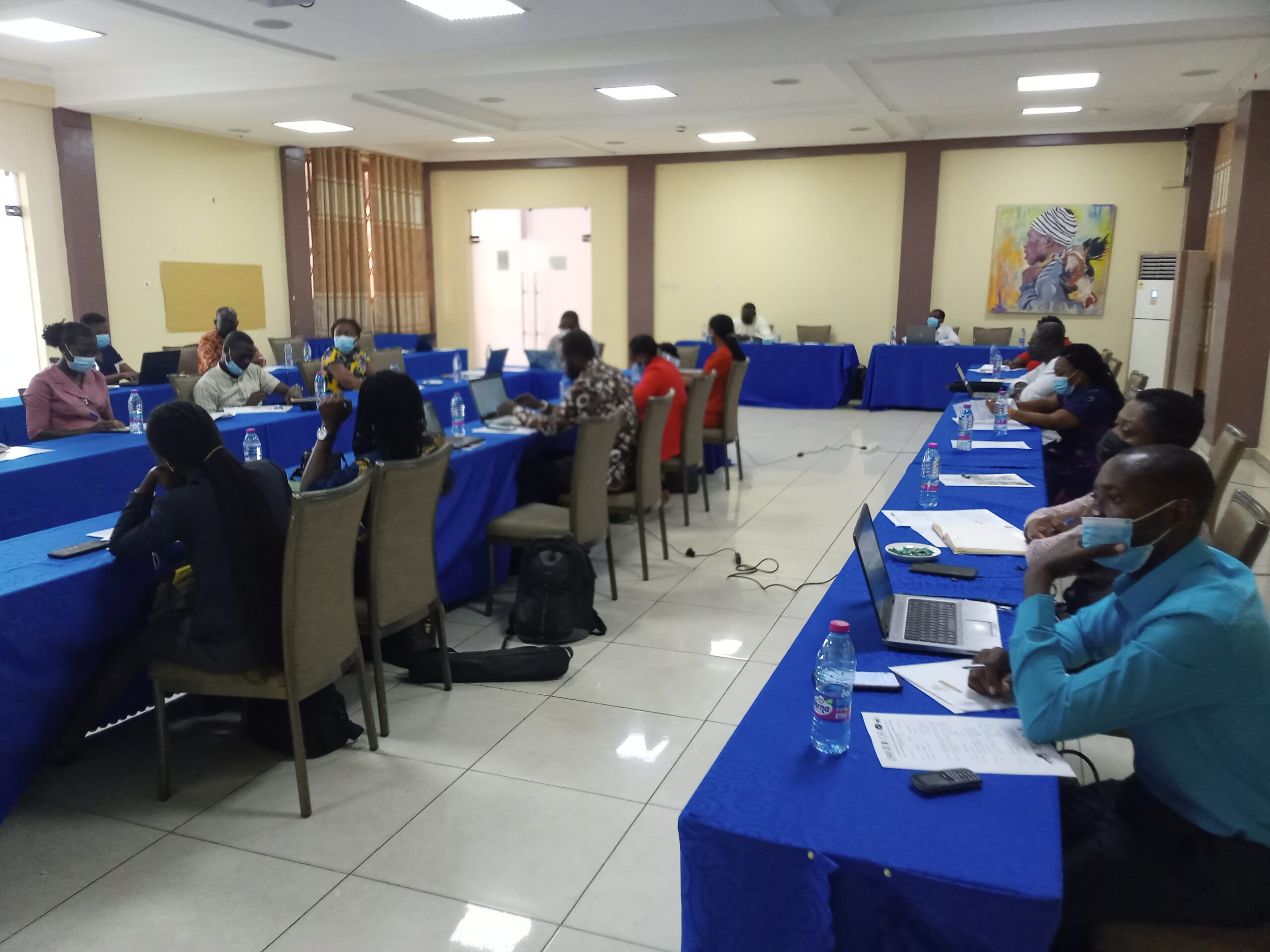 The Commonwealth Human Rights Initiative (CHRI) has organized a sensitization workshop for some selected group of journalists on Community Sentencing in Ghana to solicit support for the Community Service Bill which is about to be introduced to Parliament.

The sensitization workshop held at the Tomereik hotel at East Legon on Thursday, March 10, 2022, which brought together about 30 media practitioners and moderated by Ms. Esther Ahulu from the CHRI, seeks to highlight the importance of Community Service Sentencing in Ghana’s justice delivery system and the need for stakeholders’ support to advance the process.

In her opening remarks, the Director of the Commonwealth Human Rights Initiative (CHRI), Ms. Mina Mensah observed that the world is going in the direction of non-custodial sentencing and Ghana cannot be left behind.
She emphasized that the complete reliance on custodial sentencing in Ghana has resulted in the prisons being overcrowded and breeding more recidivists than reformed persons.

“In fact, the disadvantages of custodial sentencing for some minor and non-violent offences in Ghana far outweighs the benefits the country stands to gain, hence the need to consider alternative means of achieving most of the objectives of imprisonment such as community service for such crimes. Besides, the prisons in Ghana are already chocked leading to undesirable outcomes. Huge prison cost, disease burden, as well as human right abuses of inmate.” She said.

The Commonwealth Human Rights Initiative (CHRI) is an independent, non-governmental, non-profit, organization headquartered in New Delhi, with offices in London, UK, and Accra, Ghana. Its Africa office is an implementing partner of the USAID Justice Sector Support (JSS) Activity. The workshop, which is part of the USAID JSS Activity, was organized in collaboration with other CSOs working on the Community Service Bill (Ghana Center for Democratic Development, POS Foundation and Amnesty International).

Currently, Ghana is among many African countries taking measures to introduce Community Service Sentencing as alternative means of punishing minor offenders of the law, without necessarily resorting to imprisonment. Major stakeholders in the criminal justice delivery system including the Ghana Prisons Service have established the need for reform in legislative and sentencing practices. In view of this, the Ministry of Interior has since 2014 initiated the process for Ghana to have an Alternative Sentencing regime with support from stakeholders.

The Assistant Director at the Ministry of Interior, Gifty Quaye, in her speech at the program to give a background of Ghana’s Community Service Bill and its current state, said when is passed it will complement the existing laws. Adding that, Ghana’s laws rather tends to focus on custodial sentencing leading to overcrowding at the prisons.

She revealed that the revised draft Community Service Bill has already been sent to the office of the Attorney General for revision. She urged the media to enhance its awareness creation on the concept of community service sentencing to deepen the knowledge of the public and support for the implementation of the Bill when it is eventually passed into law.

Mr. Edmund Amarkwei-Foli, observed that Community Service Sentencing is a prerequisite to enhancing Justice delivery in Ghana; while Mr. Martin Nwosu espoused on the International Standards and Best Practices on the Community Service Sentencing and its Implementation. Mrs. Regina Oforiwaa Amanfo Tetteh on her part, highlighted the Role of the media in advancing alternatives to imprisonment in Ghana.