BREAKING NEWS
02:47
Home ParliamentNews360 Road Tolls in Ghana are too low, I will Increase it if I am Approved – Roads Minister Designate 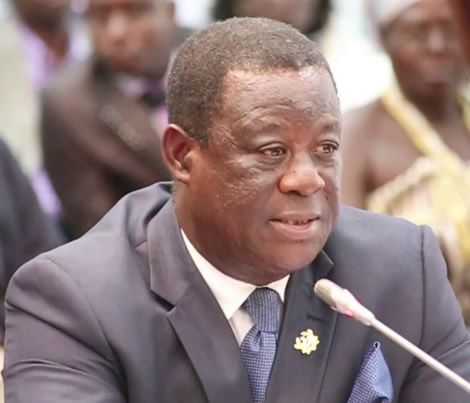 Road Tolls in Ghana are too low, I will Increase it if I am Approved – Roads Minister Designate

The Minister Designate for Roads and Highways, Kwasi Amoako-Attah, has served notice on Ghanaians to get themselves ready to pay for good roads since the demand for good roads in the villages, towns and cities have outstripped the country’s ability to supply them.

He is therefore seeking to apply an upward adjustment in the country’s toll rate to measure up to the international standards, if he is approved by Parliament to be Minister in the same portfolio for the second time running in the second term administration of the President Akufo-Addo led NPP Government.

According to him, toll rates in Ghana are the lowest in the whole world and therefore an increase in the toll rate will ensure that there are enough resources to construct and maintain the country’s roads to the expectation of motorist.

“At the moment, Ghana pays the lowest toll rate in the whole world, if you want to go the BOT or whatever rate as we see in other parts of the world. The research that has been done in my Ministry, on the average toll rate is around a dollar.

“In Ghana, a dollar is close to 6 Cedis. But here people pay 50 pesewas for toll rate. And if I am given the approval, it’s one of the things I am going to do immediately. I intend to go to Cabinet first with the proposal of increasing toll rates and it will come to this Honorable House. I believe all of you, everybody here will support it and Ghanaians will also accept it,” he said.

The Minister Designate said this when he appeared before the Appointment Committee of Parliament on Tuesday, February 16, 2021.
The Roads and Highways Minister Designate who faced the 26 Member vetting committee of Parliament, in a response to a question about the bad nature of roads in the country, sought refuge in the age-old puzzle between the chicken and the egg.

“Because it is like the puzzle of the egg and the chicken. Which one should come first? Are people prepared to pay more to get good roads or they should get good roads before they pay? I remember, the last time toll rates were increased, I think it was during the time of the NDC.

“There was a lot of hue and cry in this country raising it from 50 pesewas to 1 Cedi. Drivers were saying they will go on strike and all that. So, would Ghanaians be prepared to pay more for tolling as we are seeing in other parts of the world? We pay the lowest rate in the whole world. Meanwhile we want good roads. Ghanaians should be prepared to pay for good roads,” he said.